Alongside the Ginza area in Tokyo’s east side, Omotesando is the capital’s premier shopping district. The area is basically one huge Zelkova tree-lined boulevard stretching from Harajuku station and the majestic entrance to Meiji shrine all the way to Aoyama meaning it spans demographics and can be seen as the perfect microcosm of Tokyo as a whole. 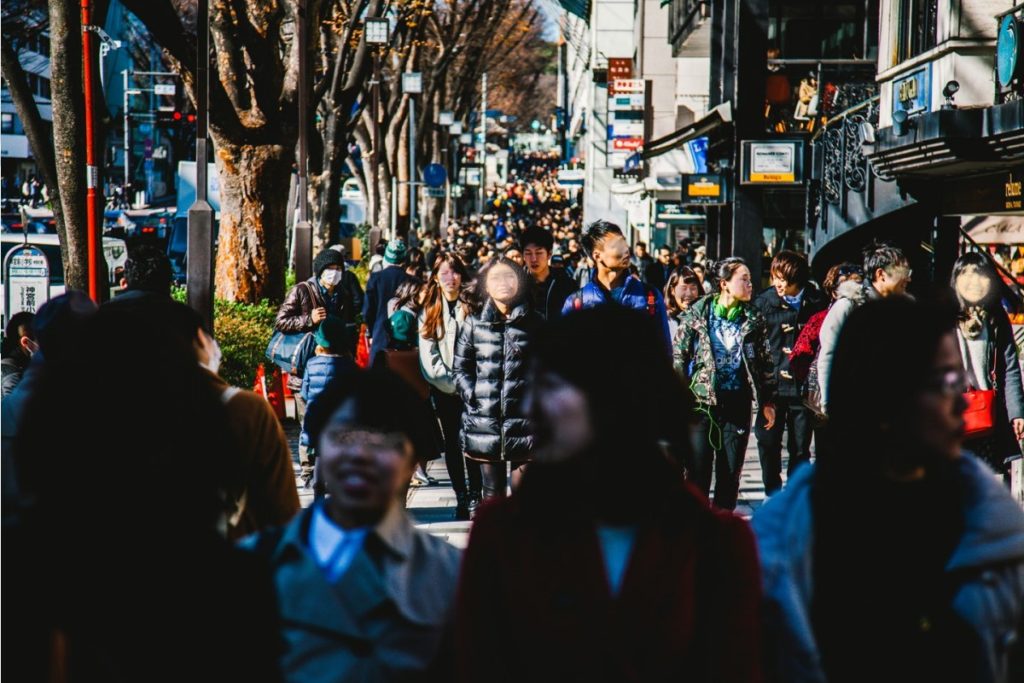 The name Omotesando consists of 3 kanji meaning “main” “approached” “road”. As these kanji show, Omotesando is literally the street approaching to the majestic entrance to Meiji Shrine dedicated to the deified spirits of Emperor Meiji and his wife. Since the gravel path was flattened and expanded for years over the post war and 1964 Tokyo Olympics, it has been developed as one of the most iconic shopping districts in Tokyo and dedicated to all kinds of both Japanese and international fashion lovers. The area is basically one huge zelkova tree-lined boulevard stretching from Harajuku station all the way to Aoyama area, and you can see a curious mixture of very affluent adults, foreigners, hipsters and teens on their way to the sheer number of ostentatious flagships of luxury high brands. 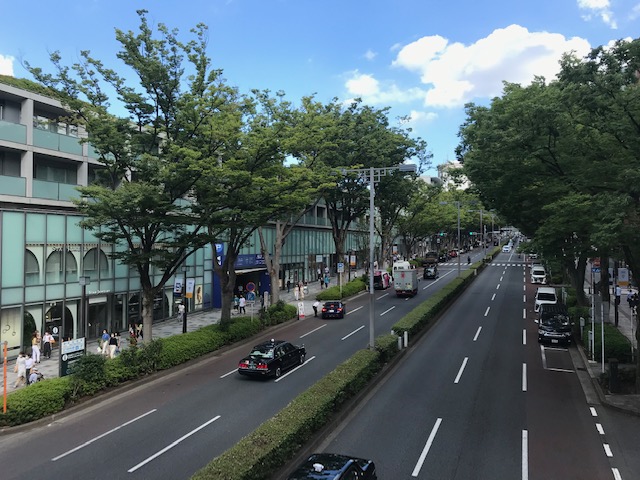 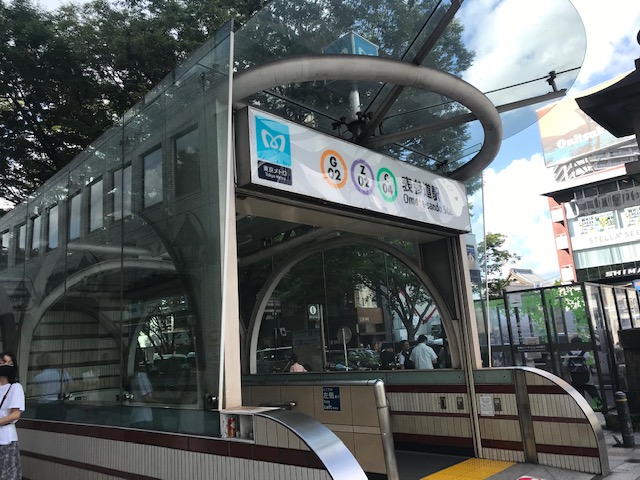 What to do, where to go

It’s all about shopping in Omotesando, however, just wandering around the neighborhood to get an inspiration from people and architecture can be a great activity.

Omotesando Avenue covered with the wide, beautiful zelkova tree-lines changes its color as the four seasons go and attract people all year around. Sunlight between the trees sparkle in summer, and at Christmas time, the trees decked out with gorgeous illuminations makes it a romantic hot spot.

“Omotesando Hills” is a symbolic, complex facility of the avenue consisting of approximately 100 stores (fashion brands, cafes and restaurants) and 38 residences, and it has been transmitting trends as a landmark of Omotesando. Among all modern designed buildings on the avenue, you might find the east side of Omotesando Hills covered with ivy creating an odd historical vibe. Its history began back in 1920s after many wooden houses in this area got devastated from the Great Kanto Earthquake in 1923. The new RC apartment called “Aoyama Apartment” with modern style of utility and toilet was built on the site in 1926. At the start, Aoyama Apartment attracted the attentions of people with high social status as a sacred lead to Meiji Shrine, but it finally became open to general people after the building survived in the big fire brought by the Tokyo air raids in 1945.

Sandwiched between edgy Harajuku and Shibuya culture in 1960s, Aoyama Apartment provided a warren of artist studios and creative labs and contributed to Tokyo culture for decades. Even though the complex was demolished and replaced in 2005, the original building materials are taken over to build Omotesando Hills and that is what you can still see nowadays.

As passing Omotesando crossroad, you will encounter the breathtaking Herzog and de Meuron “Prada” building to the opulent art space Espace “Louis Vuitton” the area holds some major architectural interest.

Add to this some very hip independent designer stores and the general glitz and glamour Omotesando is a rare occurrence of a well-designed and planned area. It’s a luxurious yet historical in a great part of town and once you take your first walk down the boulevard you’ll want to turn round and do it all over again. 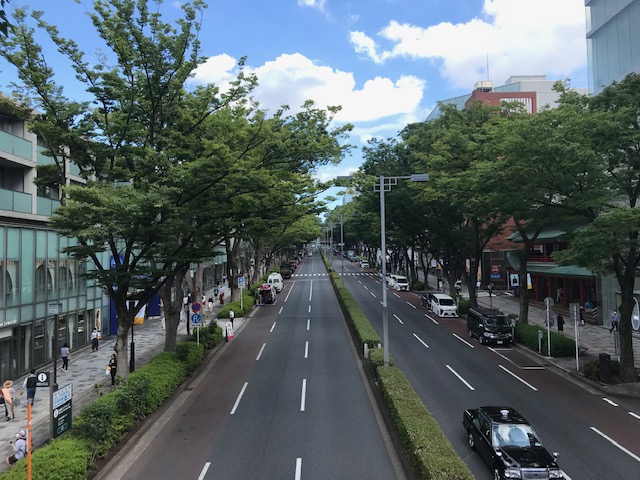 The neighborhood is a curious mix of very affluent adults, hipsters and teens. This is due to the close proximity to more youth focused areas like Harajuku and Shibuya and the hipster village feel to Aoyama. It’s common to spot both domestic and international celebs, models and style influencers strutting their stuff down the boulevard.

Sandwiched between Harajuku and Shibuya, Omotesando is quite an urban oddity. While it’s now synonymous with luxury and high brands due to the sheer number of ostentatious flagships which line the street it wasn’t always this way. A trip to the area at the beginning of this century and you would have encountered groups of small independent craft stores, vintage clothing shops and the famous Bauhaus-inspired Dojunkai Aoyama Apartments which were built in the 1920s and eventually became a warren of artist studios and creative labs. The complex was demolished and replaced, in 2005, with the plush Tadao Ando-designed Omotesando Hills shopping mall which reflects Omotesando’s transformation from hipster cool to unabashed luxury. 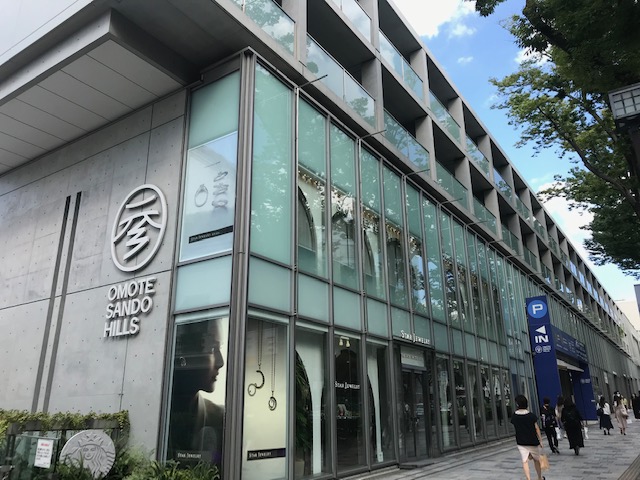 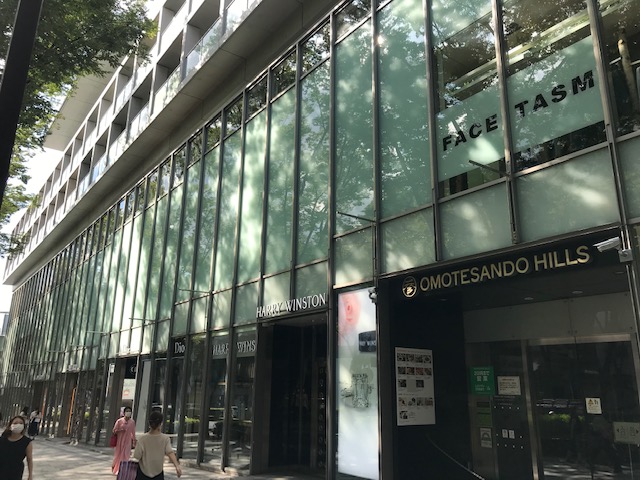 It’s a very pretty area especially at Christmas time when the trees are decked out with gorgeous illuminations making it a romantic hot spot for most Tokyoites. However, due to the conspicuous absence of bars and nightclubs the street is basically empty after closing time. If locals and visitors want to party then it’s best to head to Shibuya which is a short walk or cab ride away.

It’s shop til you drop in Omotesando however the locals like to mix it up with some good restaurants found mostly in Omotesando Hills and café/bars such as the excellent Montoak which affords lovely views from its much sought-after patio area. If it all gets too much then take a leisurely stroll to Meiji shrine or Yoyogi Park(both minutes away from Harajuku station) where you can take it easy with a picnic and feel, at times, that you aren’t actually in the city at all.

The locals like to mix it up with some good restaurants hidden away from Omotesando Avenue and take away coffee for leisurely stroll to Meiji Shrine or Yoyogi Park where you can take it easy with a picnic and feel, at times, that you aren’t actually in the city at all. On weekends, you can go to “Farmer’s Market” at UNU (aka Aoyama Market) to get fresh vegetables and discover crafts by the locals. “Nezu Museum” at the end of Omotesando street gives you more insights in Asian culture. A vast collection of over 7,400 works of Japanese/east Asian arts are exhibited. Strolling the 170,000 sqm Japanese garden there is a restaurant where you can enjoy a meal in an oasis atmosphere forgetting about the hussle and bussle of the city. After the sun goes down, you can head to “Blue Note Tokyo” to treat yourself with authentic live music at one of Tokyo’s best venues.

Opening Hours: Every Saturday and Sunday 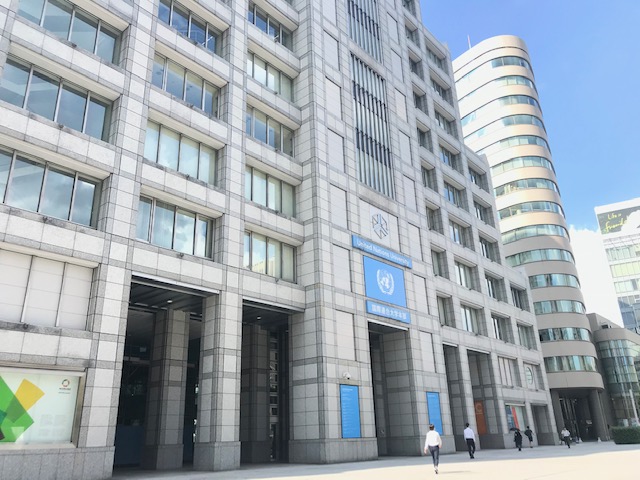 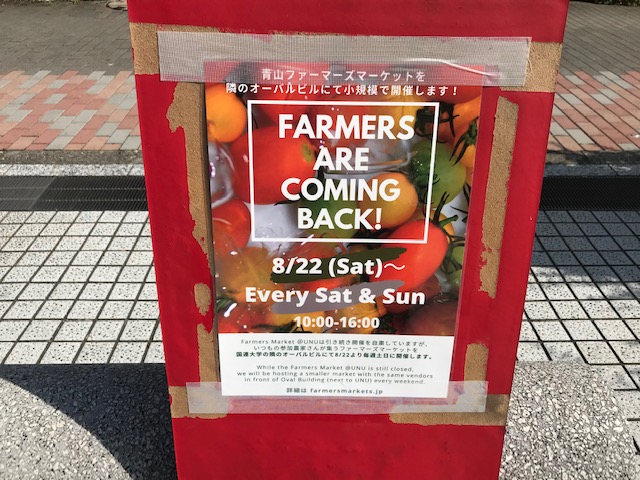 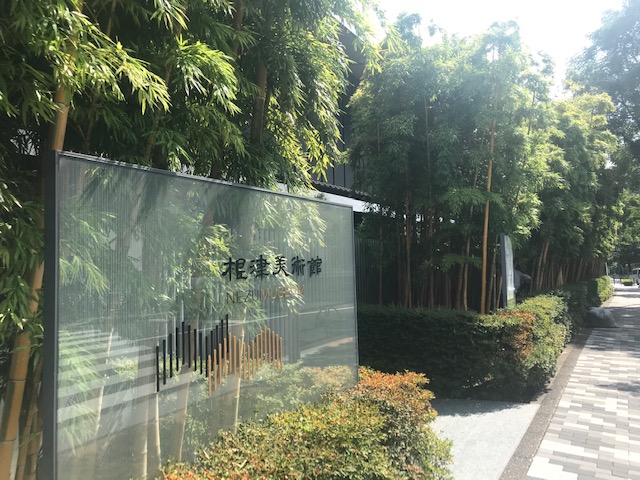 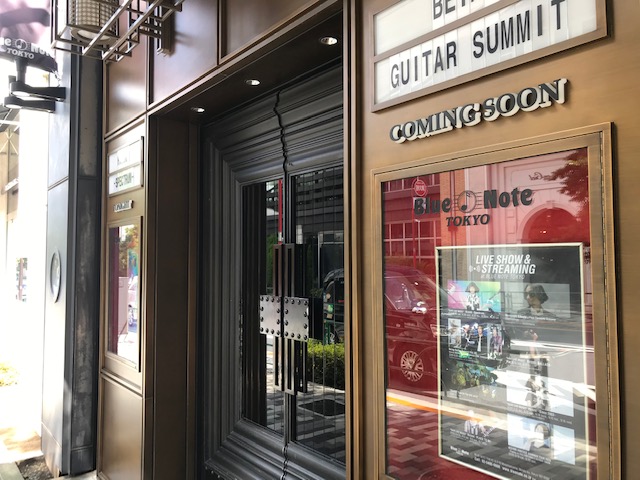 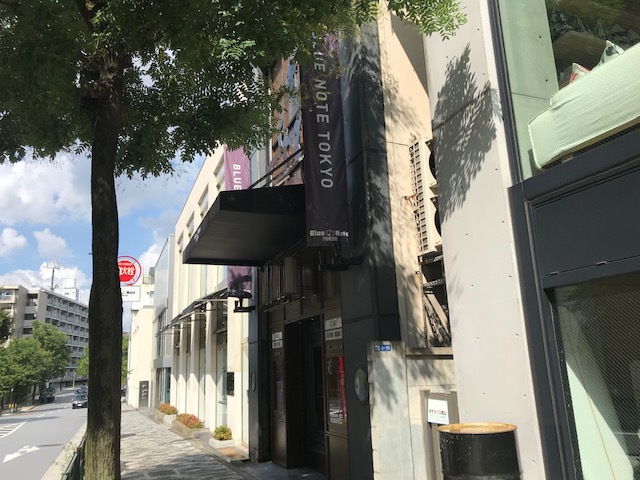 In addition to Omotesando being well-known as the premier luxury shopping district of Tokyo, it will bring you a sophisticated and convenient urban life style. It is easily picked up by singles and couples who want to be surrounded by trendy environment all the time. Also, business people who travel a lot over Tokyo will appreciate the amount of train lines stopping at Omotesando. Major stations such as Otemachi, Ginza and Akasaka are all within 20 mins ride. If you take a metro from Harajuku station, you can go all the way from Yokohama to Saitama without even changing trains.

Families just been relocated to Japan can also make an ideal start in Omotesando. Many supermarkets in this area deal with international products such as “Kinokuniya” and “Nature House” featuring organic food. If you are too busy at work, French frozen food store “Picard” will always be there for you. Well-equipped gyms are opened 24 hours while there are not many running trails in Tokyo. For your children, British School is located in Harajuku, and bus stops to many international schools such as ASIJ are designated along the Meiji Street and they can avoid trains during the rush-hour. 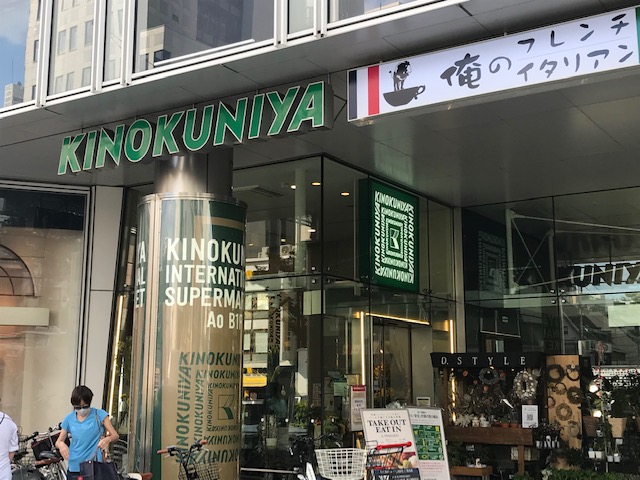 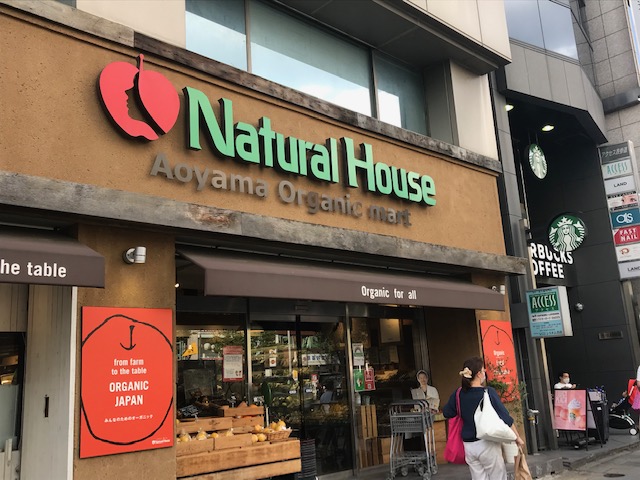 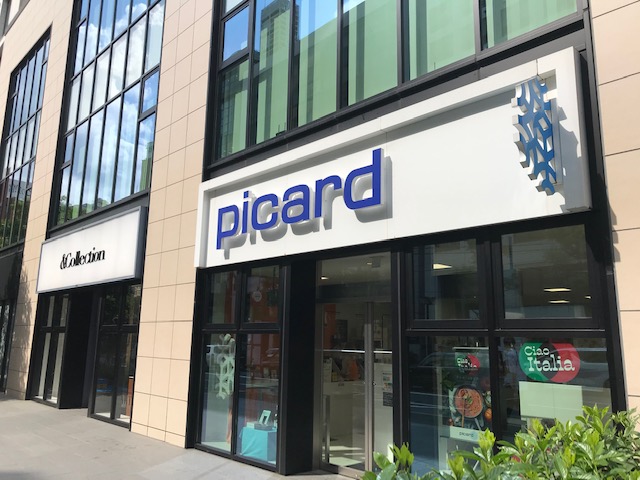 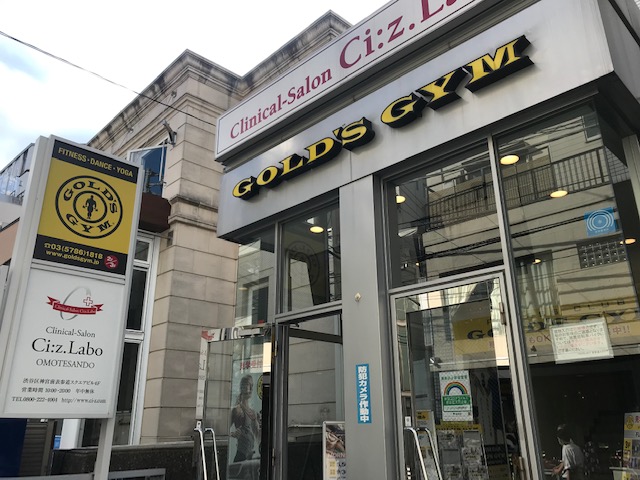 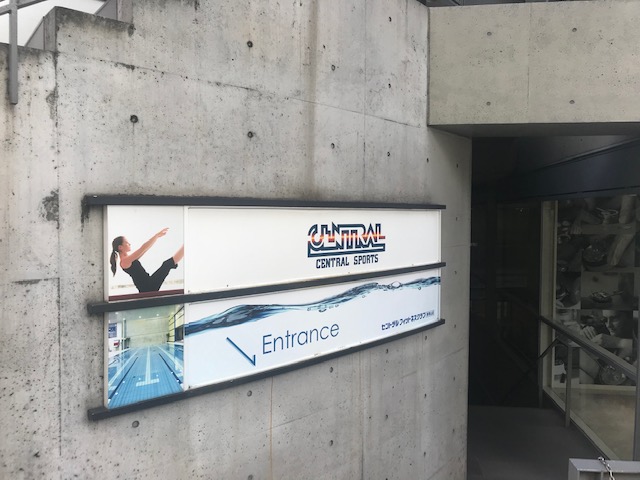 *Contents which are published in this Area Guide were based on the coverage compiled in September 2020.

For the latest information such as business hours please contact each facility.

You’ll Fall in Love With

From the breathtaking Herzog and de Meuron Prada building to the opulent art space Espace Louis Vuitton the area holds some major architectural interest. Add to this some very hip independent designer stores and the general glitz and glamour Omotesando is a rare occurrence of a well-designed and planned area completely at odds with the higgledy piggledy chaos of locations such as Shinjuku and Shibuya. It’s a luxurious area in a great part of town and once you take your first walk down the boulevard you’ll want to turn round and do it all over again.

Search your property in Tokyo

Very much like Omotesando and Nakameguro, Daikanyama is an affluent playground. Once the coolest neighborhoods in th...