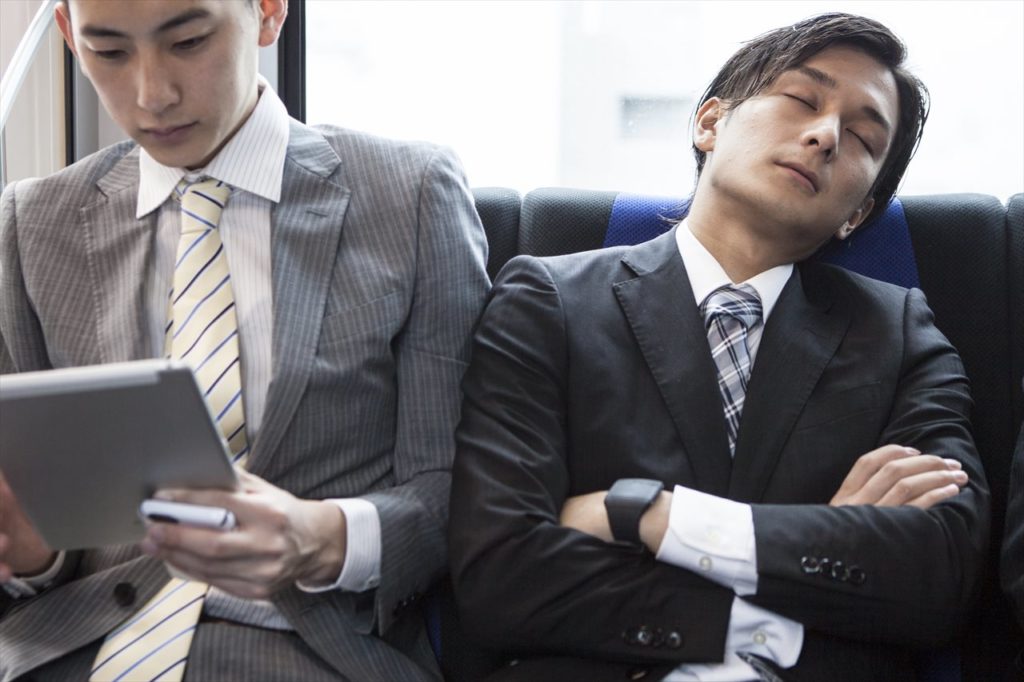 Napping in public is socially acceptable 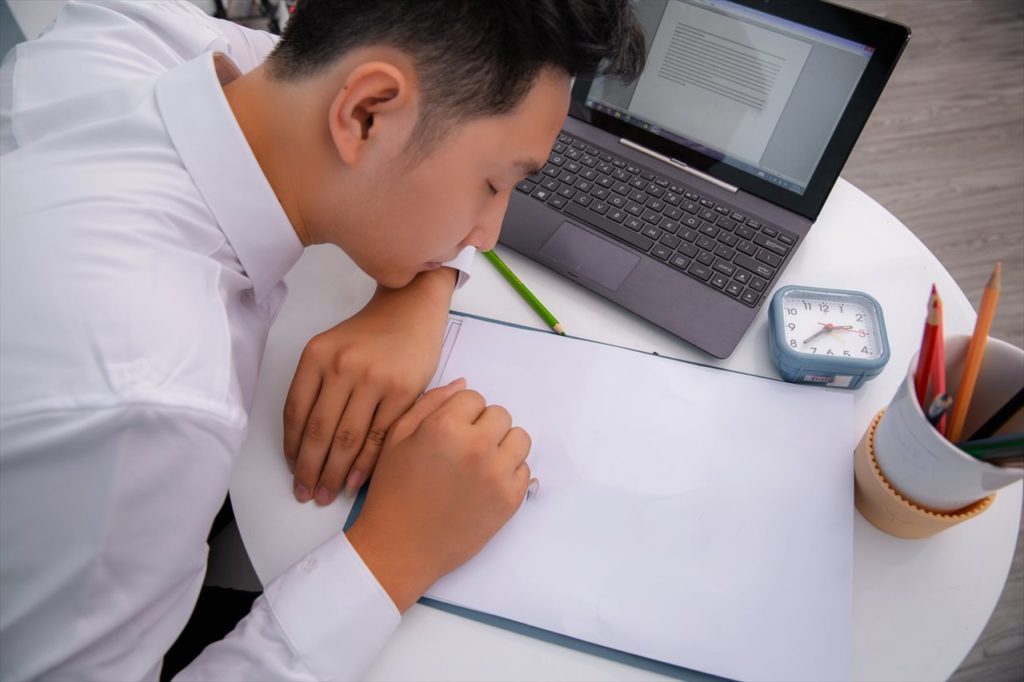 If you take a nap in public, you won’t get any weird looks. Taking a nap on public buses, trains, and other venues is considered acceptable in Japan. Almost everyone does it from time to time, including executives, professionals, college students, and blue collar workers.

While taking a nap in the office would cause most employers in western countries to have a serious talk with you or hand you a pink slip, this is not the case in Japan. In fact, employees in Japan might even get a promotion. That’s because taking a nap before you get home is seen as a sign that you’re exhausted from a day of hard work.

Some employers feel that a lunch time nap helps to ensure that their employees are well-rested, and some companies have even created spaces in the workplace for people to take a nap on their lunch break. These rooms include very comfortable reclining chairs, and many corporations in Japan offer entire rooms for napping.

P.S. If you want to get rid of sleepiness during the day, it is effective to take a nap for about 5 to 10 minutes instead of hesitating. Taking a nap at the right time not only refreshes your mind but helps your work efficiently. 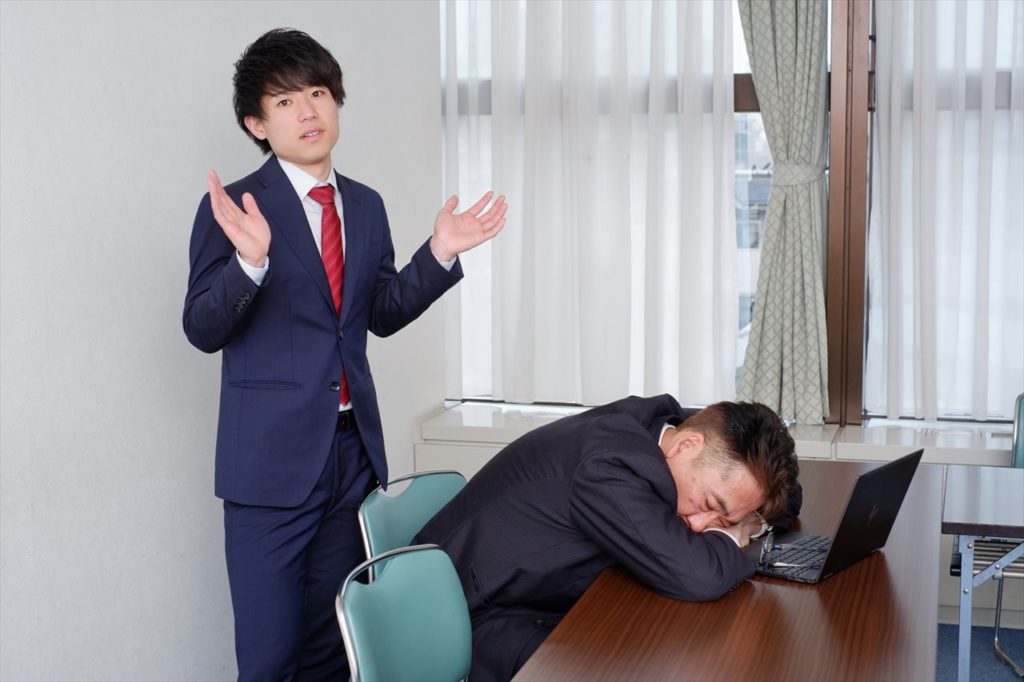 While many people associate the practice of workplace napping with extremely easy days on the job or even laziness, this isn’t exactly why people in Japan often nap on the job or in public areas. In fact, the actual reason for this cultural custom is very different.

Not only does the Japanese culture place a strong emphasis on hard work, but people who are napping in public are often falling asleep because they’ve been working hard all day and night. In fact, 22% of Japanese workers are on the job for 50 hours per week or more, but this is only true for 11% of workers in the United States and 6% of workers in Spain.

Also, 39.5% of people sleep less than six hours at home every night, but that’s no problem since you can get caught up on your lunch break or even during the workday! So, it really is true that people who are taking a nap in public are exhausted from working hard all day.

Japan even has a word for public napping

The Japanese refer to public napping as inemuri, which often gets translated to “sleeping on duty”. However, that is not what it means at all. A more accurate translation is “sleeping while present”. 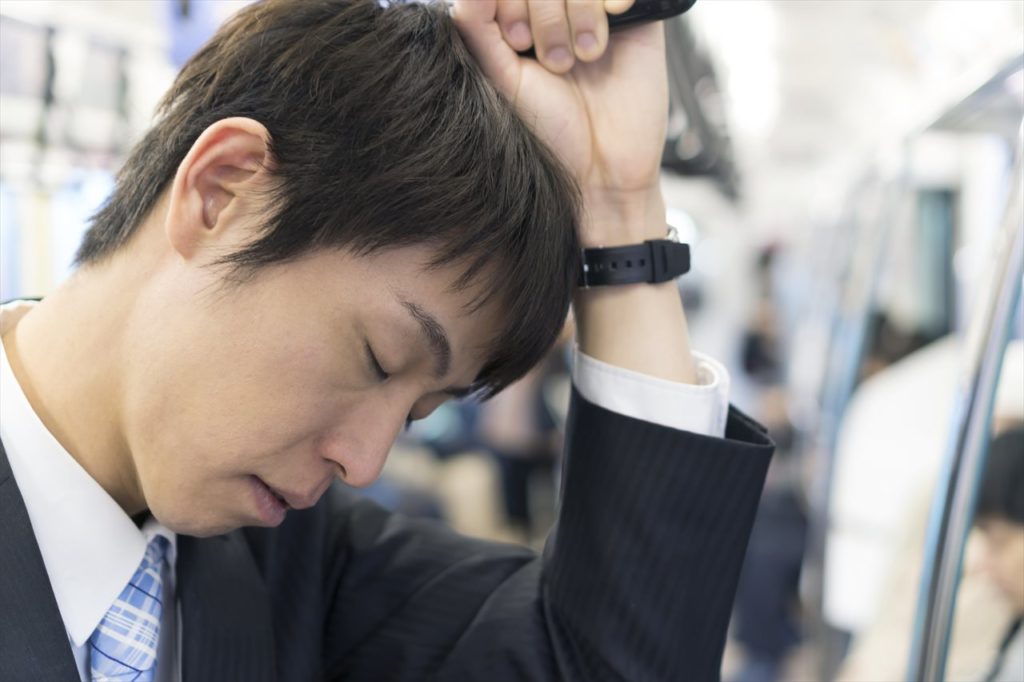 While most people in western countries see sleeping on the job as a sign that you’re absent from your duties, this isn’t the case in Japan. In fact, people in Japan feel strongly that it is possible to be entirely present in the moment while you’re dreaming about your summer vacation either figuratively or literally. 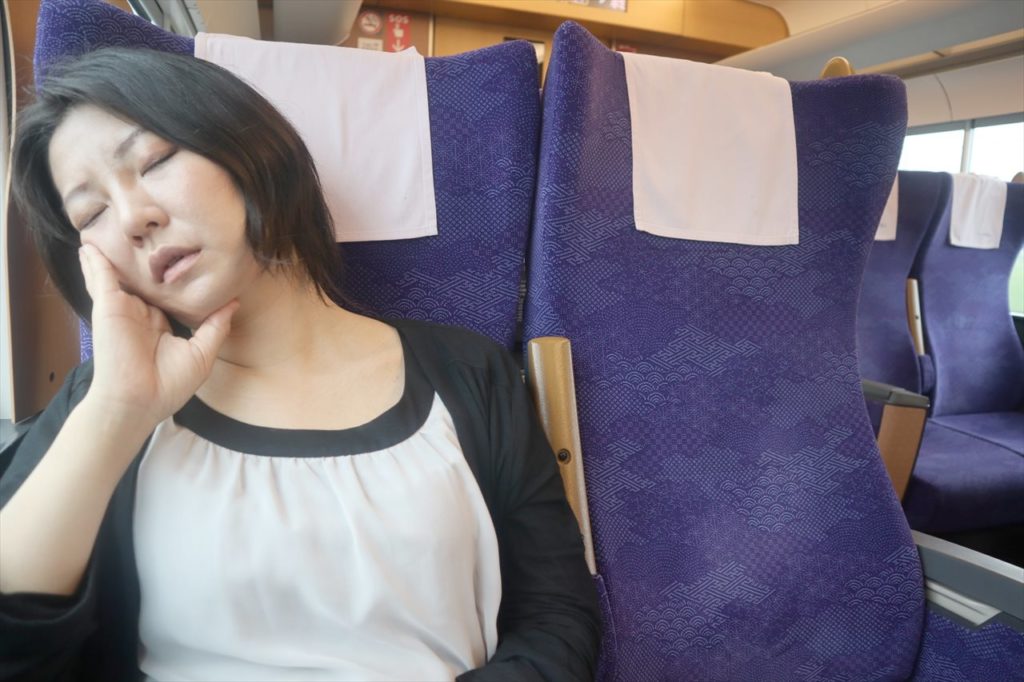 While there’s a very real possibility that you could wake up from your subway nap without your wallet in most parts of the world, this is not likely to happen in Japan. Public sleeping is quite commonplace in Japan, and it’s actually not all that likely to make you stand out as a target to pickpockets.

As the crime rate of Japan (9.9%) is one of the lowest in the world, people can feel safe and at home even on the crowded train during the rush hour. Thus, people easily fall asleep immediately after they sit down.

Sounds interesting?
Try “inemuri”, or “sleeping while present”, when you come to Japan, next time!