Traveling by rail is a great way to see some of Japan’s commonly-held values in action such as courtesy, orderliness, and cooperation. It also is a chance to see some of the largest rush-hours in the world move through the train stations. With the rail stations in Tokyo alone having a volume of 13 billion passenger trips annually, there is an expectation that everyone does their part to make things work.

In Japan, relentless efficiency is the norm. For example, this scene gets played out countless times each day at Japanese rail stations: a train arrives at the station and opens its doors. Two lines of commuters wait politely for passengers to disembark before they step on to the train. People on the platform get on the train only after the exiting is done because it is the best way to board their transit quickly. In and out in orderly fashion is just one ingredient for quick and safe travel. 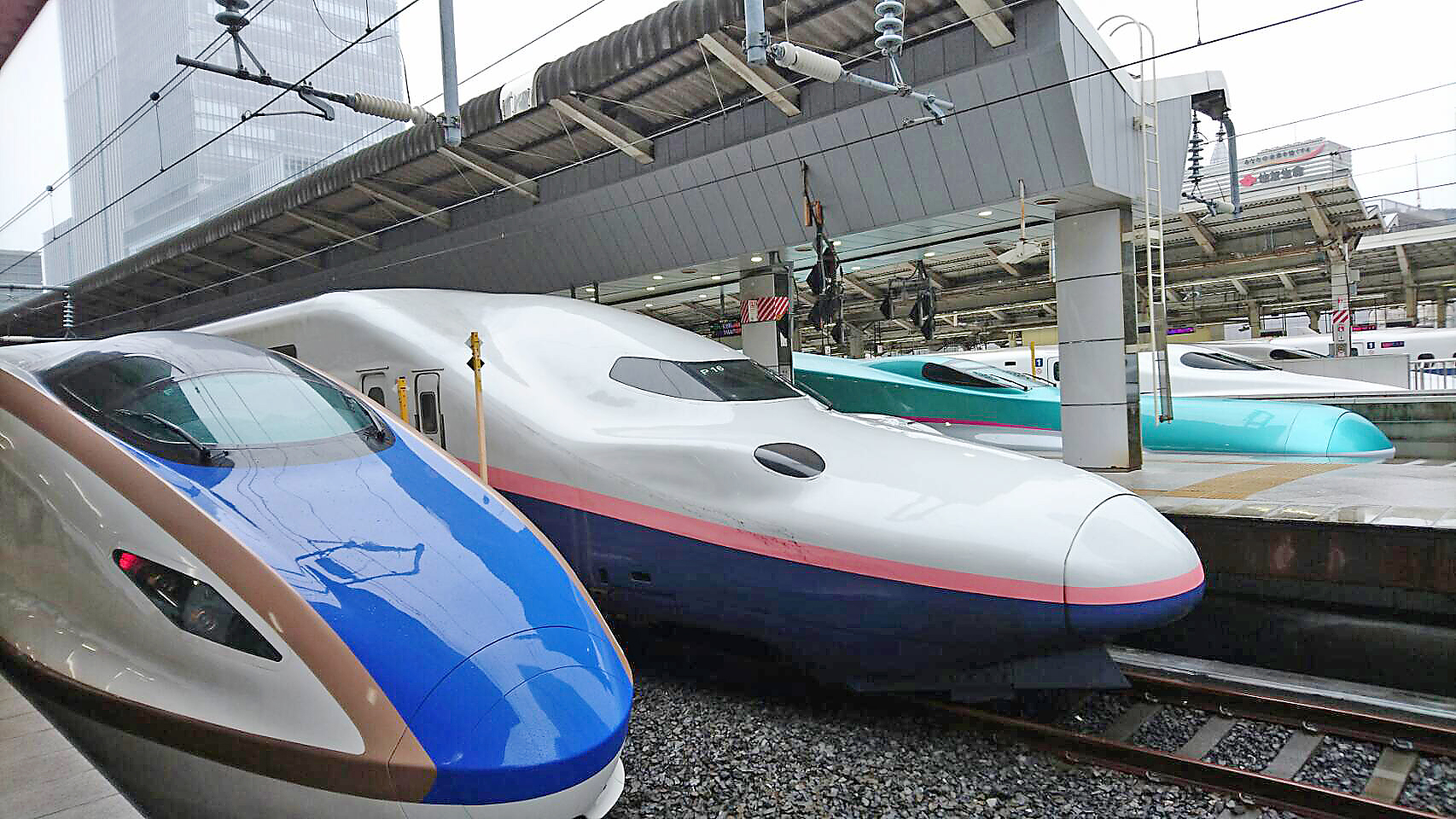 On-time train travel is held to a high standard in Japan, and everyone, from the railway employees to its riders, has a stake in the process. For example, when Japan’s Tōkaidō Shinkansen, the most traveled high-speed train in the world has a delay, it averages only 30 seconds. It takes everyone’s efforts to make the whole system work.

A platform for success!? 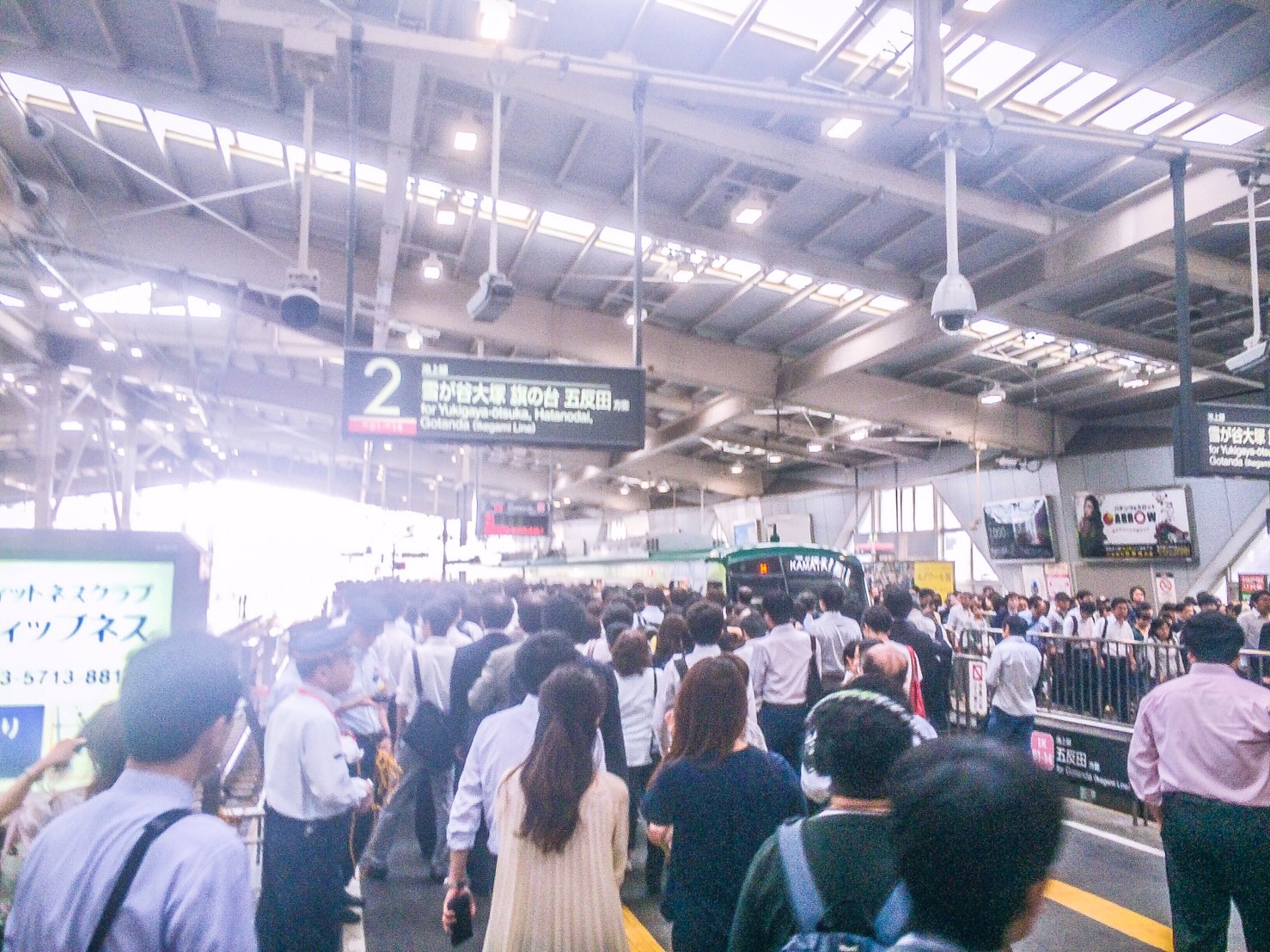 With commuters hustling to make connections and some trains packed at up to 200% capacity, the atmosphere at a busy rail platform can only add to the day’s stress. In a play to make departure signals less startling and grating, railway planners commissioned jingle writers to create pleasant tunes.

Now, spirited chime melodies, a unique one for each station, melodically announce the departures. While some who live near outdoor train stations complain about hearing the same jingle all day, each time a train departs, the reaction has been mainly positive.

Still feeling agitated? There’s a light for that in many train station platforms in Japan. Glowing light panels that emit soothing blue light are a proactive way to keep people calm and may even prevent harmful activity.

When on time is the right time!? 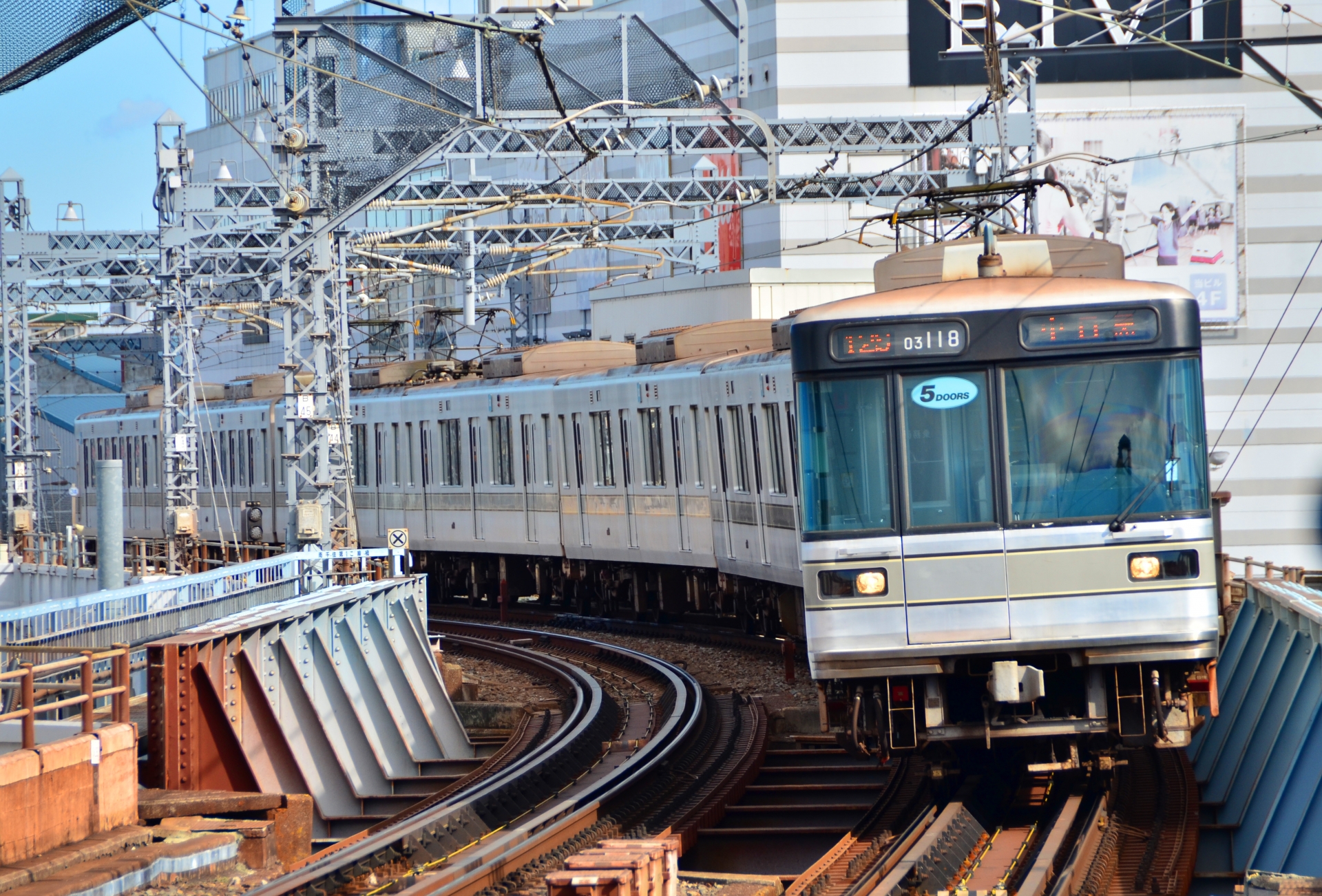 Japanese train companies elevate punctuality to a standard not witnessed by any other country. In many cultures, being on time just means not being late. Japan adds another dimension in time into the scheduling mix. In this mindset, on-time arrival is just that, on time. This extra level of preciseness means that rail operators aspire not to fall behind or be ahead of schedule. How do they maintain punctuality? It’s fueled by everyone working together to adhere to a precise program.

Earliness is frowned upon! 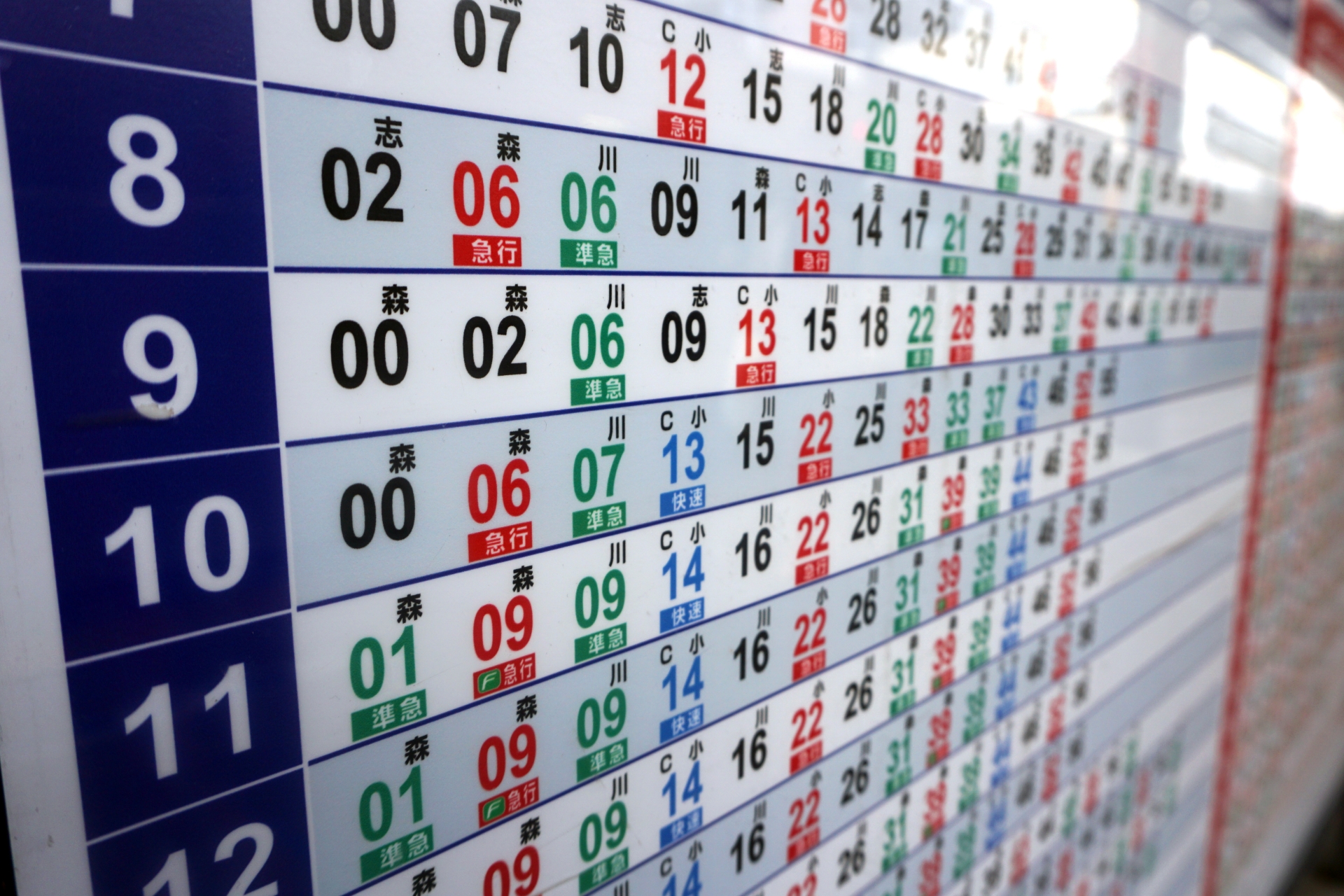 Why on earth would a railway apologize for being early anyway?
The answer may lie in the fact that many commuters must execute a well-choreographed combination of train and bus routes to get to their ultimate destinations, and the transfer times are very short. This calls for precise maneuvering where every second counts. When an express train left the station 25 seconds early, it missed some people entering the platform that hoped to board the train. This early departure meant that the commuters would likely miss their intended transfers because they would have to take a later train. 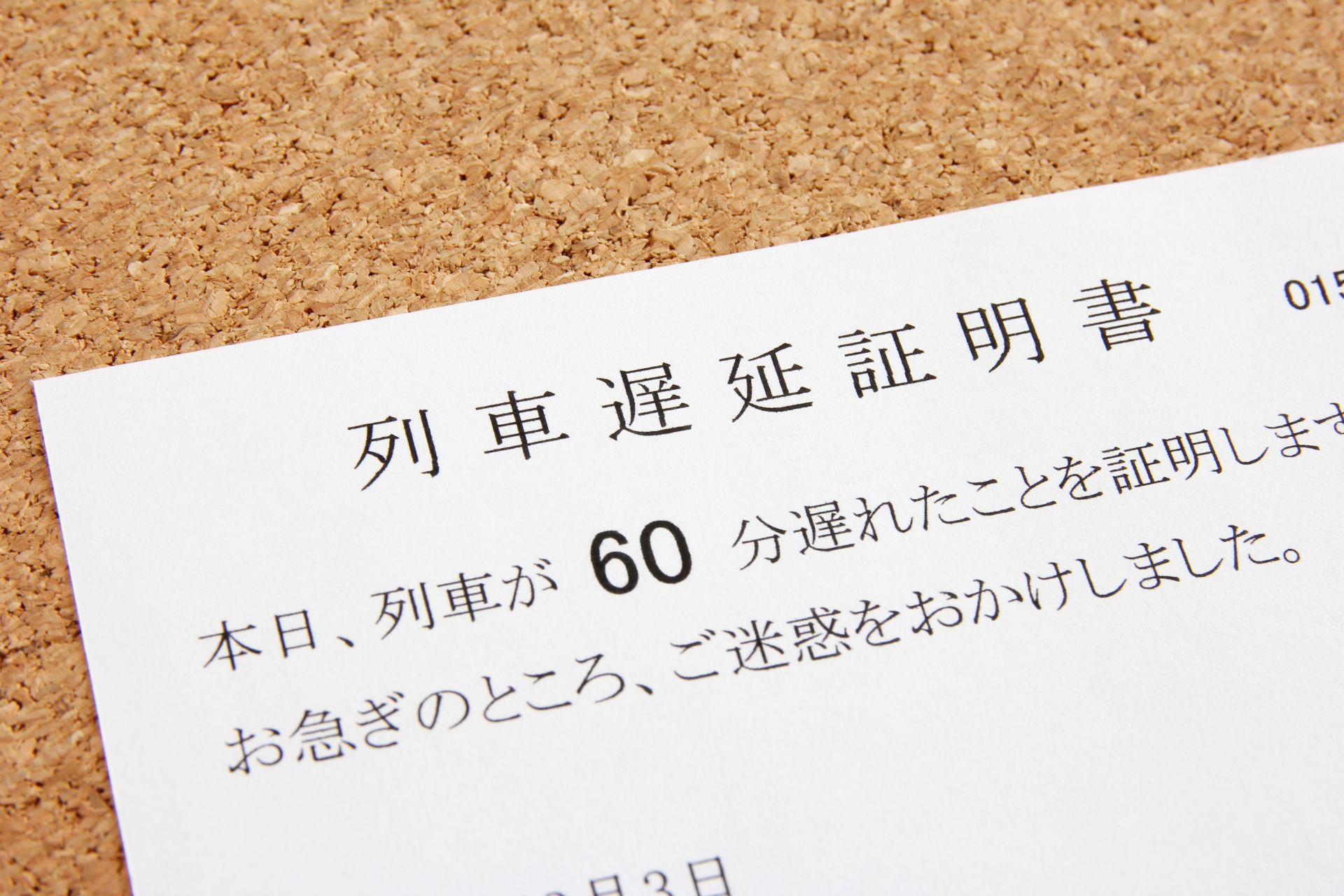 Just like in any other country, things happen from time to time to make trains late. However, tardiness is frowned upon in Japan. Students and workers that are even five minutes late need a note to excuse themselves, and if the tardiness is due to a train delay, the railways have passengers covered with delay documentation. You can get your note at the train station or online via your smartphone. In reality, Japan’s record of transit timeliness is second to none. Even the most traveled routes measure their yearly total of delay time in seconds. (Yes, I mean, “seconds”, not “minutes” or “hours”…!)

Unexpected circumstances are a time to shine! 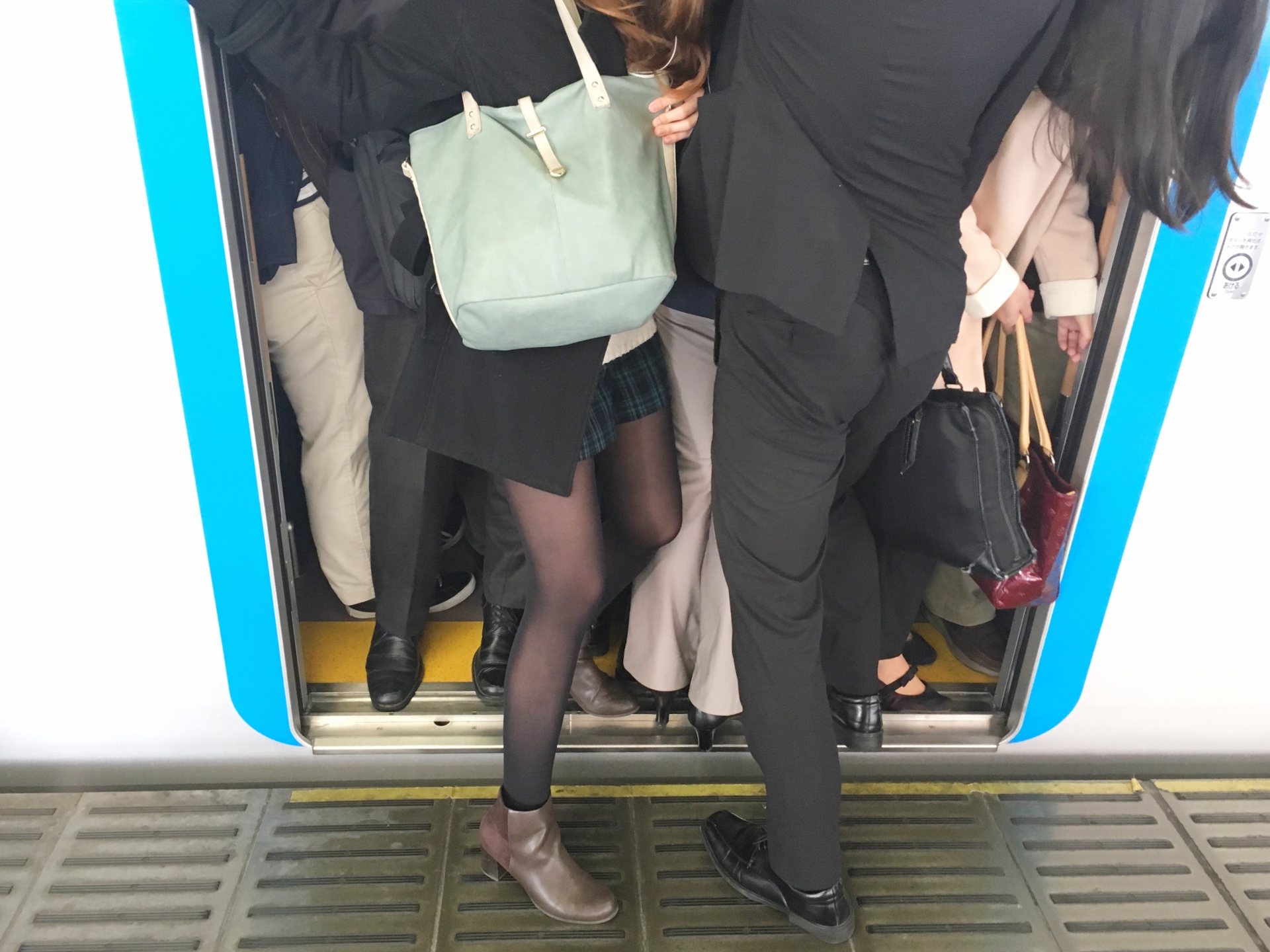 A natural disaster or significant malfunction of a train is an opportunity to see Japan’s courtesy in action. Evacuating a train? You will undoubtedly get a heartfelt apology for the inconvenience, and if you’re lucky, you may even score a complimentary beverage. That is what happened in a recent evacuation on Japan Railways. In addition to an apology personally delivered by a train representative and delay certificates, bottles of iced tea were opened and offered to passengers.

All in all, taking the train during your visit to Japan is one of the best ways to really see the country. Not necessarily by looking through the window but seeing everyone that is riding with you. From uniformed school children to businessmen, they each have their role to play in the success of the country’s rail system.

Japan's culture of safety and respect is just one of the many reasons it is such an incredible place to visit.

Real Estate in Tokyo | An apartment & house in Japan: Equipment and furniture

Necessary information for Real Estate in tokyo and checklist to find a rental housing/apartment that better fits your requirements.

If you look for a rental property in Japan, viewing or ‘Naiken’ is indispensable. The viewing helps you to understand the actual room size and layout as it is hard to grasp the whole picture just from browsing the room plan and photographs.