HOME
Living in Tokyo
Tsuyu, the rainy season in Japan | Living in Japan

When spring is about to end, the early summer season in Japan arrives along with the rainy season “Tsuyu 梅雨 (also known as Baiu)”. The rainy season in the Tokyo area usually begins in early June and ends around the 20 of July, during the time it is almost full of cloudy and rainy days. Although the rainy season with less sunshine may feel cooler than summer, people still break a sweat only by doing a little excursive due to high humidity. Indeed, the high humidity causes annoying things in daily living, and here you find how to cope with them. 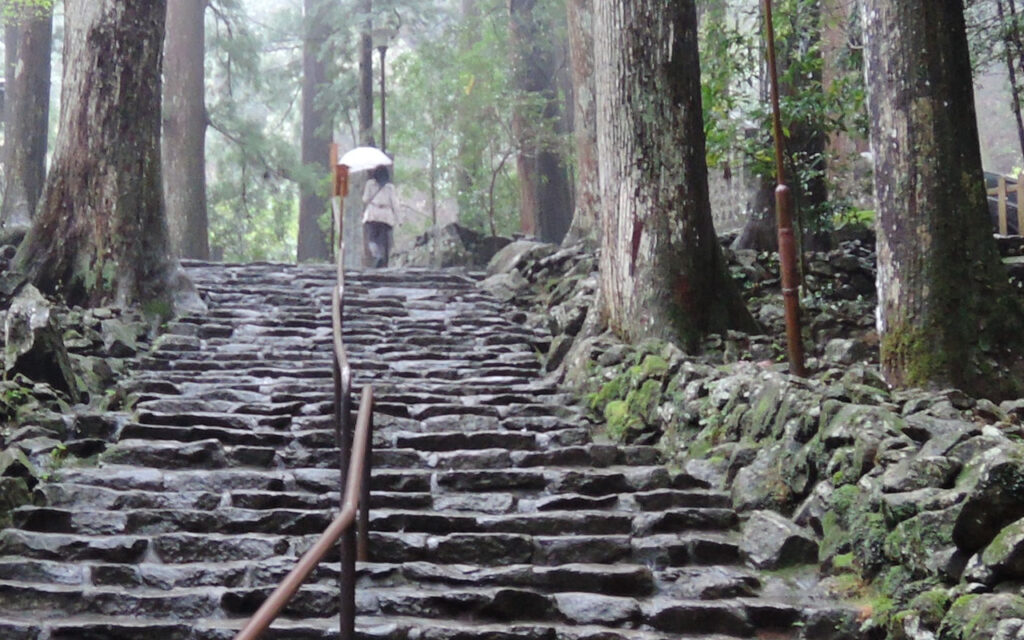 Tsuyu is a rainy season that comes in the early summer. Tsuyu begins when a seasonal rain front, “Baiu front” (梅雨前線), remains over Japan where warm wind from the south and cold wind from the north collide nearby. During the Tsuyu, it becomes mostly cloudy or rainy due to the movement of a migratory cyclone accompanying the Baiu front.

Baiu front remained over Japan, occurred by a collision of warm/cold winds.

When is the beginning/end of the Tsuyu rainy season?

The rainy season starts at the earliest in Okinawa, around the beginning of May. At the latest in Tohoku (the northern region), it usually begins at the end of June. In the rest part of Japan, the Tsuyu will begin between late May and early June.

While Hokkaido has no Tsuyu season as the Baiu front does not affect that region, the weather in Hokkaido is rather unstable during the season.

Tsuyu is the season annoying you with high humidity

During the rainy season, what to be concerned about is a flood that occasionally occurs. Moreover, another problem comes up to mind – high humidity. Using of dehumidifier will help improve the room environment, but the dampness still affects everyday living.

Dampness causes the growth of mold and germs

The places where mold and germs quickly grow

Washing machines
The inner part of a washing machine is often left wet, where mold and germs can grow easily. If your laundry, such as towels, started to have black spots, it is a sign that your washing machine may be moldy inside. In fact, this mold spot problem often happens in the rainy season. The suggestion is that you regularly clean the washing tub with a cleaner (洗濯槽クリーナー Sentakuso Cleaner). To avoid dampness, keep the washer’s lid open. Remember, it is essential to use a door stopper if young children or small pets are in your home. Door stoppers are available to buy at stores like a 100-Yen Shop (百円ショップ Hyakuen Shop).

Air conditioners
The inside of an air conditioner is also a place where mold and germs grow easily. When the dust piled up inside and has dampness, back mold and bacteria will start growing at the temperature over 20℃. To avoid such an unsanitary condition, remove dust and keep clean inside, such as by regularly cleaning the filter. As for washing up the entire part inside, it will be better to ask a professional cleaning company as it won’t be easy to handle yourself. If you plan to buy an air conditioner, you can choose a model with an automatic cleaning function. 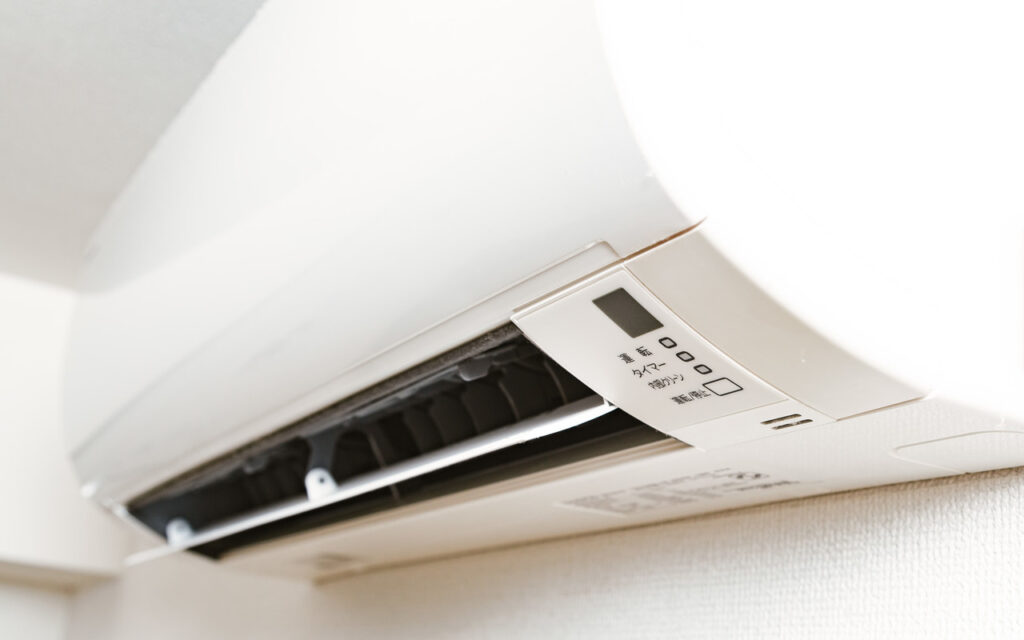 Ventilation in the kitchen and bathroom is essential. essential

The room with drainage equipment, such as the kitchen and bathroom, can easily get mold and germs. With the humidity over 80%, the fungi instantly grow and spread at wet areas – drain outlets and bathroom walls, where you should keep dry as much as you can. Keep the ventilation system on 24/7. Preventing stale air in rooms also helps keep fungi from propagating.

Mites also quickly increase in number during the rainy season. The common mite found in Futon bedding is Hyoudani (ヒョウダニ) or house-dust mites which will not bite like bed bugs, but they may bring other ticks coming to bite. Mites are also considered a cause of allergic diseases.

To prevent from mites, keep your futon beddings dry by putting in the sun for about two hours in the morning. Instead of sun drying, you can also use a futon dryer (布団乾燥機 Futon Kansouki.) Also, it can be better to place mite a repellent in the closet and wash sheets and pillowcases frequently.

Be careful of food poisoning

During the damp rainy season, food poisoning is also concerned. If you use meat, fish, eggs when cooking, wash your fingertips before touching them. As for salad making, try not accidentally cut vegetables after cutting raw meat on the same cutting board. Bread gets moldy so quickly that you need to eat it up all early before the best-by date. If you keep bread cool in the refrigerator, it will help delay mold growth. Or, freezing can be prevention.

When you make bento lunch boxes, try not to touch ingredients as much as possible. Watery ingredients such as fresh vegetables are not suitable for Obento. Be sure and cool down the food in the bento box before closing the lid. The steam kept inside the box can be a cause of germs growing. Both homemade and take-away bent boxes should be kept in a cool place and eaten up before being much late. The earlier to eat is the better. 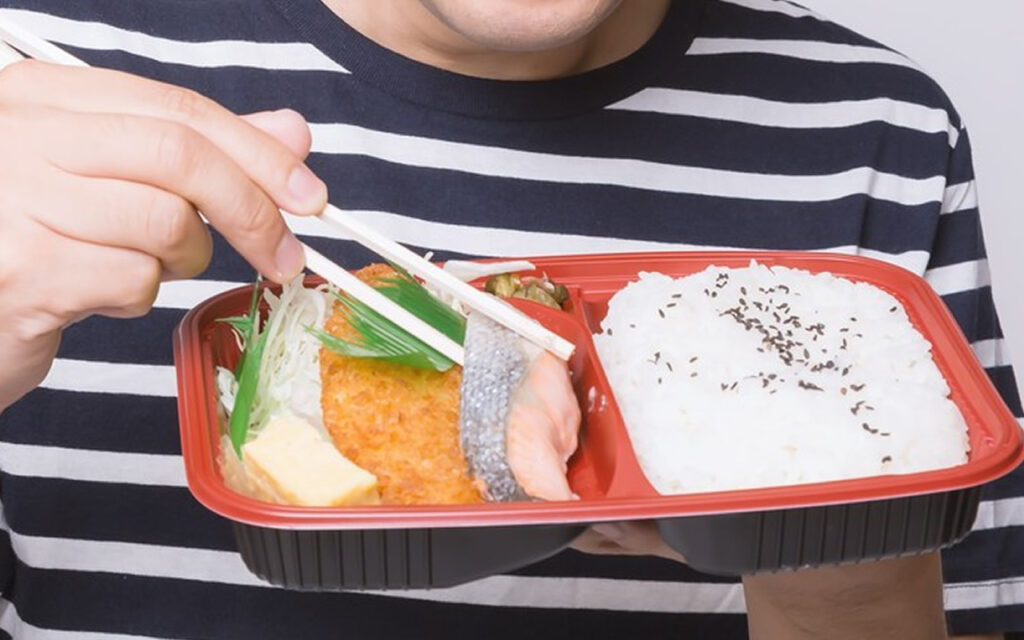 Take care of your health

The changeable weather during the rainy season may make it difficult to keep in good shape. Although it feels cool while raining, it suddenly gets hot when the sun starts shining between breaks in the clouds. In the early summer stage, the risk of heatstroke increases as we are not ready yet to adjust our bodies to the hotness. Therefore, keep in mind the sudden temperature change and consider coping with heat even on cloudy days, for example, drinking water frequently.

The cyclone approaching Japan in the Tsuyu season actually affects our physical condition. You may feel under the weather – with a headache, fatigue, and pain in old wounds. It also affects emotional conditions under rainy days and poor health conditions, makes people feel gloomy and even depressed, especially for those from countries with no rainy season.

Good news. Tsuyu of the rainy season is not all bad. The Tusyu in June is a season of beautiful flowers, hydrangeas, and lavender, to name a few. It brings bountiful rains for rice cultivation, plums are ready to pick, and the rain makes fresh green leaves shine. Coping with the high humidity, why not find upsides of the Tsuyu and make the Tsuyu season enjoyable.

For your house hunting in Tokyo

Procedures at the Ward Office for Moving

Guide to Renting apartments and houses in Tokyo

Overview: The Leasing Process RISE Corp is a leading real estate agent in Tokyo with years of experience assisting expa...

Here you find all about car-sharing services in Tokyo, how to use and tips for making the best use.

What to know about the public utility system in Tokyo - water and electricity.