HOME
Japan
Is a hanko no longer needed? – All about Hanko stamps and Inkan seals

Inkan and Hanko, equivalent to signatures in Japan, are generally required when signing for agreement, application, and consent. Amid the digital transformation accelerated after the legal revision in Japan, this custom is getting changed, allowing us not to use such seals in many cases now. The use of the inkan/hanko is expected to decline more, but it seems not to be gone entirely and yet required for certain documents. So, let’s see in what situation we will still need them. 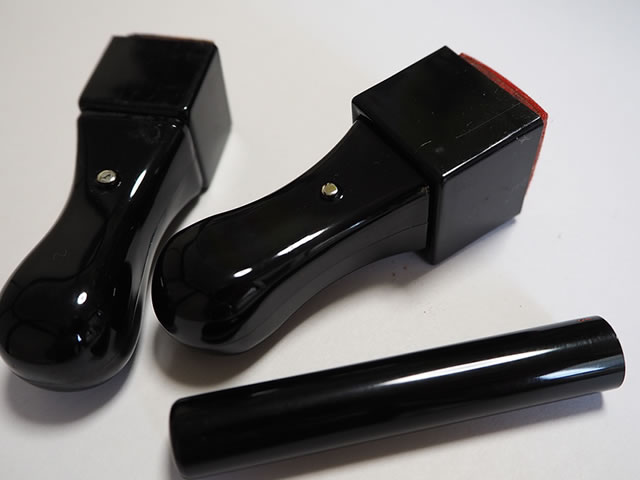 What is Inkan and Hanko?

Inkan 印鑑 and Hanko ハンコ (判子) are two types of seals used in place of signatures. Both inkan and hanko are almost identical in appearance. Still, the purpose of usage distinguishes them, simply described as inkan is a seal for official documents, and Hanko is a name stamp to say Yes or OK on paper. Since we tend to mix up inkan and hanko due to the similarity, we sort by name according to where to use them.

Types of Inkan and Hanko

An officially authorized seal. A jitsu-in seal is used in official documents such as for company establishment and real estate registration. If you register your seal at a municipal office, you are authorized to use it as your jitsu-in. The seal registration can be made under a personal name or a company name. In using the jitsu-in when filing an official document, it will require you a copy of the seal certificate*, issued at the municipal office.

As for the types of jitsu-in to register, they will generally accept round-shaped seals. There are not many strict requirements as long as the seal will not wear away like rubber stamps. To take an extreme example, you will be able to register a hanko stamp purchased at a 1 00-Yen store. However, such easy-to-get seals should not be registered for security reasons. Jitsu-in seals are made to order at a store (Hanko-senmonten ハンコ専門店) where you will get an unforgeable personal/corporate seal appropriate for a jitsu-in.

Seal certificate*
Seal certificate、or Inkan-touroku Shoumeisho 印鑑登録証明書, called Inkan-shoumei in short, is to verify the actual seal when filing documents such as for an official registration or contract. A copy of the seal certificate is issued at a municipal office and is also obtainable at most major convenience stores. To get a copy of your seal certificate, you need to bring a seal registration card (Inkan-toroku Card 印鑑登録カード) that you received when you registered the seal. In the case that you request a copy at a convenience store, you can get the copy by using your Individual Number Card (My-number Card マイナンバーカード) instead. If you ask an agent for a copy on behalf of you, the seal registration card is essential, and the copy is issued only at a municipal office.

A seal registered at a bank, required when opening a bank account. Recently, there are not many banks that require the seal. We use a ginko-in only when going to the bank and asking at the counter for transactions, such as withdrawing money. Similar to jitsu-in, round-shaped seals will be accepted as ginko-in. Though a ready-made seal sold at a store even will do, those seals with non-Japanese names are hardly in store. People from other countries will need to order at a hanko store or a vending machine (Hanko Jidou-hanbaiki はんこ自動販売機), enabling automatic stamp making by following English guidance. 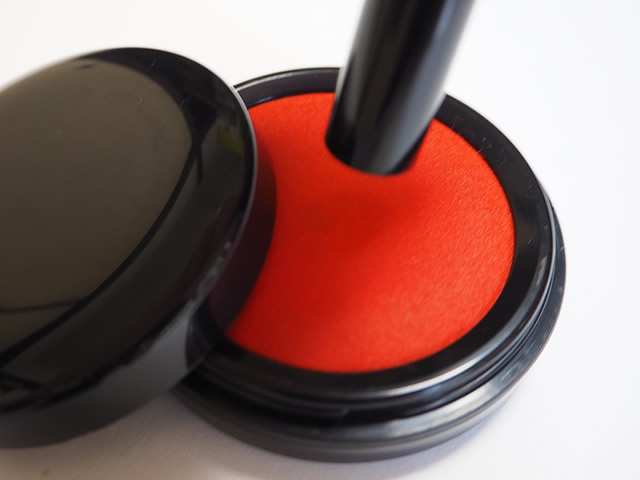 Shuniku 朱肉 or special red ink must be used for seals. Stamp-ink is not allowed as it may disappear in time.

Mitome-in is a hanko, a name stamp used in place of signature in daily life. For example, when you receive a package from a delivery service, you are asked to stamp your name on the receipt, where you use your mitome-in. Nowadays, a mitome-in can be replaced with a signature in most situations. Having no legal effects, any kind of hanko, including cheap, ready-made stamps and self-inking rubber stamps (Shachihata シャチハタ), can be used as a mitome-in. The seal stamps sold at 100-Yen stores are basically a mitome-in, but those in non-Japanese names are hardly available at stores. The option will be to order at a hanko store online/offline or get it from a hanko vending machine.

Kojin-in is a hanko used at the office, equivalent to a mitome-in. This name stamp is used on business to represent responsibility. For example, you need to stamp your name on a report to submit a boss, and then the boss stamps on it as a sign of acceptance. Likewise, a hanko is commonly used to represent official approval on business, which tends to hinder the introduction of the teleworking system. In Japan, the hanko is required in many business situations, especially for official approvals. Even if everyone at an online meeting accepts your proposal, you need to hand over an internal memo to get hanko for approvals from the section chief, section manager, and department manager…., who will need to be in office just to stamp their hanko on the document. This problem likely happens at Japanese companies in a bottom-up management system, where digitalization is desired as a solution.

Sha-in is a hanko of company name used on business. This hanko is also called Kaku-in 角印 (a square seal) from its shape. A sha-in has no legal effects, only tells like “This is the document produced by our company.” A sha-in is customarily stamped at the company name and address part in a document, such as order forms and invoices, but it makes no difference in legal effects even without a sha-in.

“I wonder if we really need this…” despite the thought about the meaningless, the custom of hanko has been continued to this day. However, the recent digitalization is finally pushing aside the use of hanko (mitome-in). Therefore, the following administrative procedures are going to eliminate the hanko requirements. (As of July 2021)

(Abolition of hanko stamps)
Request for a copy of the certificate of residence
Marriage and divorce registration
Change in “Exemption for dependents of employment income earner” other related applications.
Tax return (Year-end adjustment)
Vehicle inspection

Inkan seals will be continuously required.

Hanko will be replaced with signatures in many situations, but the inkan will be continued to use for documents that require legal validity. However, the situation may change while the digital certification becomes more prevailed. It seems we need to keep updated to know how it is going to turn out to be.

Although the abolition of hanko leads to a positive step in simplifying administrative procedures, it makes us feel rather sad about losing another tradition handed down from generations. The hanko is an art form recognized as a part of “Cool Japan” culture, should be remained in a different way of usage, hopefully.

Living in Japan | How to dispose of household waste – Part 1

Switching from a Short-Term Visa to a Working Visa

With a short-term visa, even if you find work during your stay, switching to a working visa is generally not approved. However, there is a method which is an exception to this rule.

Living with pets in Japan: Things to know about owning a pet

Having a pet in Japan requires the owner to follow some rules and regulations. Pet owners who rent a pet-friendly property need to know about requirements.

Wayfinding during an emergency: Living in Japan Information

To be prepared for disasters at the place you live or stay, check the evacuation plan and ensure the way to exit the building.