HOME
Japan
Tattoo culture in Japan: Is it true that those having tattoos are not allowed Onsen bathing?

Do you know what foreign tourists often ask the tour guide while in Japan? – Why people having tattoos may be denied to enter Onsen(hot springs) bathing facilities. Despite the fact that more and more people, including the Japanese, casually wear tattoos for fashion these days, tattoos tend to be taboo in Japan. The reason? That is not easy to explain in short, but the answer here will help it make sense.

Are those having tattoos denied Onsen entry?

The answer is yes and no. It depends on which of those facilities you go to. In the past, most of the facilities used to not allow people with tattoos to enter, but more onsen owners today have lifted the no-tattoo rule. The impression of tattoos has been changed among Japanese people, and they are aware of tattoos as a cultural heritage in some countries. Although some facilities remain the rule, they may allow the people to enter by putting a blank sticker on the tattoo to hide. 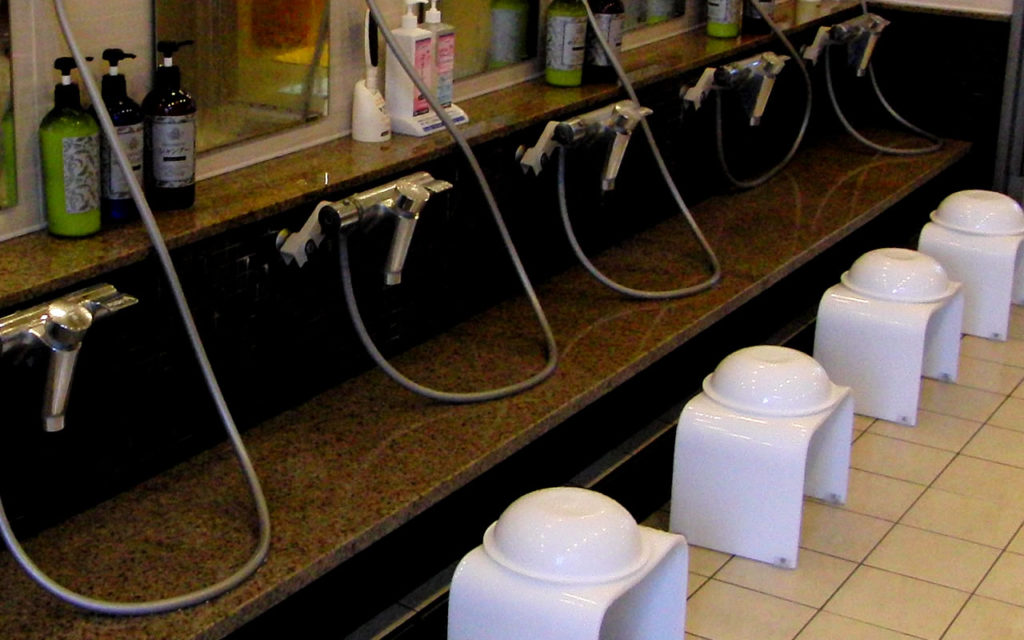 But then again, it may make you wonder why wearing tattoos is so much like a taboo as it needs to hide by putting such a sticker. To make the reason, you may need to know a bit about Japan’s history and the background of its tattoo culture.

The history of Japanese tattoo culture

In Japan, tattoos are called Irezumi 入れ墨：刺青 or Horimono 彫り物. It is said that Japan has a long history of tattoos back to AC1500, and the origin of the tattoo was an amulet or charm depicted on the body as an indigenous custom to worship nature. Over time, after more than a thousand years past, the implication of tattoos had transitioned to “a sign of stigma” for criminal penalties.

In the 17th century, the population of cities increased as people gathered to settle in. Meanwhile, crimes were also increased in number, needed to be controlled. To cope with the situation, what they came up with was the tattoo-punishment, which was to put a mark of stigma (tattoo) on criminal’s body as a warning. However, in spite of the intention, the tattoo caught on people from its cool looking and the artistry. Consequently, people started to have flashy, unusual tattoos for fashion, called Horimono 彫り物 (literally means Carving.) While people with a criminal record also added colorful horimonos to camouflage their tattoo mark, the notion about the tattoo had mixed up between fashion and crime punishment. 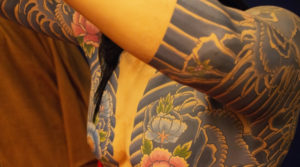 At the beginning of the modern era, in the middle of the 19th century, tattoo-punishment became no longer applicable, resulted in disestablishment. Simultaneously, the tattoo itself was banned for about one hundred years till the prohibition was ended in the middle of the 20th century. During the ban period, some people had tattoos even against the law, mostly those who needed a symbol as a mafia member or who wanted to show off and say, “I am bad.” Since the tendency had continued even after the ban period, the tattoo still recalls something dangerous even to this day, although more people recognize that tattoos are for fashion and call them Tatuu (Tattoo) rather than Irezumi in Japanese.

If you ask a manager the reason for the no-tattoo rule at a facility, the manager may simply answer, “Because it is a rule.” Yes, it should be just a rule, nothing else. Suppose two persons came to an Onsen facility; Mr. A with a cute tattoo comes first, and later Mr. B with an intimidating-looking tattoo (could be a Yakuza or gangster). The manager would hardly draw a line between who to allow and not to allow by the design of tattoos as it is unfair to judge people in that way. Therefore, most of the facilities have often made one simple rule of no-tattoo allowed. Of course, the person with such a terrifying tattoo is not always a bad person. However, consideration is there for kids who will be scared and cry loudly.

Japan has quite a few long-established Onsen inns, which have been in business even over hundreds of years, gone through the days when the tattoo was banned. During the long operation of their business, they had experiences to learn how to cope with tattoo-related matters, which may have been handed down to become a common rule at all bathing facilities.

Rooms in traditional Japanese style are called Washitsu, comprise of Tatami mats spread on the floor and wood fittings that include Shoji and Fusuma.