Electrically power-assisted bicycles, or e-bikes, have recently been frequently used for everyday life in Tokyo – grocery shopping and picking up children from school. More people are using electric bicycles even to commute instead of taking jam-packed trains during rush hours. Although Tokyo has a well-networked public transport system in the central area, a bicycle can be much convenient if you get around within one or two train station distance. Taking a subway is sometimes time-consuming as it needs you to walk a long distance between the station’s exit and the platform, making you feel taking a bicycle is much quicker and efficient.

What is an electrically power-assisted bicycle?

An electrically power-assisted bicycle, known as an e-bike, or Dendo-assist Jitensha 電動アシスト自転車 in Japanese, is a bicycle mounting a motor with a battery that assists the rider’s pedal-power. While the motor lightens the load on pedaling, the assisted bicycle enables the rider to go up a slope with no sweat, and carrying heavy luggage on the bike will no trouble at all. E-bikes are eco-friendly and economical, much zippier than other automobiles. Although the battery charging takes 2 or 4 hours per time, the assistance will last 50km(31mi) * and it costs just 10 or 15 JP Yen.

* It varies depending on the models by each manufacture. 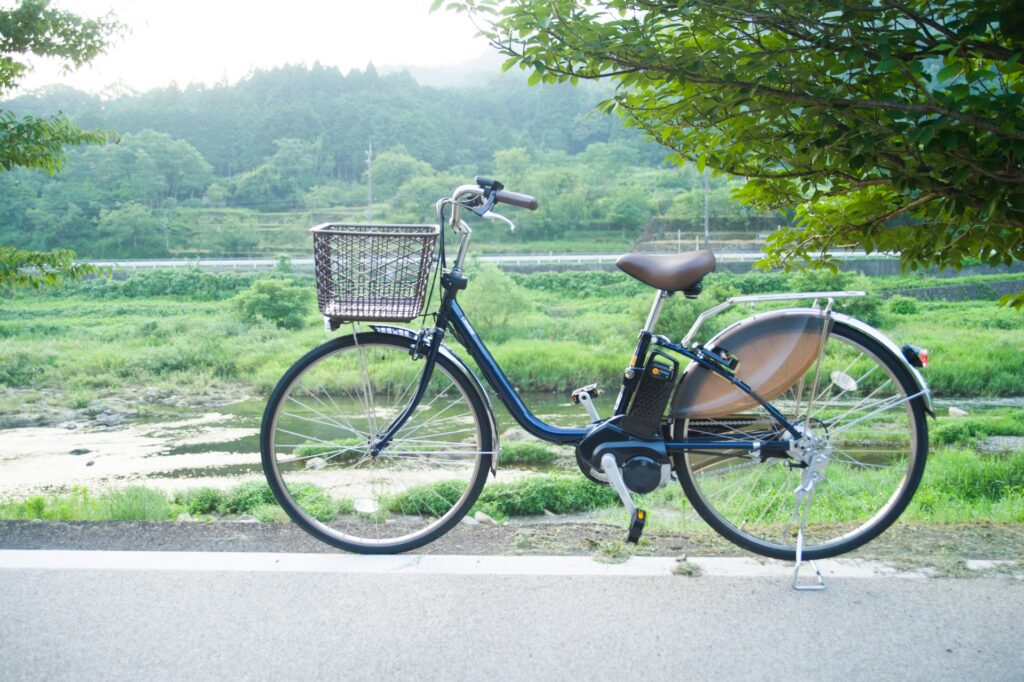 The e-power helps riders on hilly streets in Tokyo

Tokyo is a city developed on a plain, but it actually has slopes that may be much more than you expect. The areas mostly on the west side of central Tokyo have been intricately formed plateaus with steep slopes leading to the upper edge. The uphills used to be the places where Samurai lord and wealthy families lived, today known as Yamanote area (means hilltop area) of upscale residential districts, embassies or luxury condominiums are situated in, such as the places in Shibuya, Minato, Meguro, and Bunkyo cities of Tokyo 23 special wards. In the suburb of Tokyo, Yamanote Area in Yokohama is also one of the hilltops.

Do I need to wear a helmet and have a driver’s license?

According to the road traffic law in Japan, the motor mounted on an “electrically power-assisted” bicycle must be an assistance function that works only while the rider is pedaling and must stop at the speed of 24km an hour (14.9ml an hour). The electric bicycle fulfilling the regulation is not defined as an automobile. The rider can ride the bike without a license on public roads, is not obligated to wear a helmet. (As of January 2021) People usually ride this bike without wearing a helmet as it allows riders to keep riding over 24 km/h only by pedaling like a regular bicycle.

One thing to be noted is that many electric bicycles come with different motors, some of which are not fulfilling the regulation, defined as an automobile that requires a driver’s license and helmet. The “fully-assisted” electric bicycles, including electric scooters, are defined as automobiles because the motor works without rider’s pedaling. Likewise, the electric bicycle with a motor that keeps assisting at 24km/h or over is also an automobile. In Japan, electrically power-assisted bicycles are called “Assisted electric bicycle” or “E-bike” or “Electric bicycle” in general, you can hardly recognize the range of assistance from the appearance. When you buy an e-bike, check the specification and make sure if you can ride without a license on public roads in Japan.

To ride an e-bike that exceeding the specified range of assistance, you need to wear a helmet and have a license valid in Japan, including driver’s licenses for regular cars and motorcycles. The international driver’s license is also applicable.

If you don’t have any license, you are supposed to get “Gentsuki Menkyo 原付免許,” a driver’s license applicable for scooters with an engine displacement of 50cc or less. The Gentsuki Menkyo is acquirable by taking and passing the examinations – a written test, aptitude test (checking eyesight), and practical driving test. You can take the series of tests at one of the Driver’s License Centers in the area you live. The examinations are carried out in one day, and the license will be issued then and there if you passed. The fee will be 3550 JPY for application/license issued and 4500 JPY for a practical test. (As of 2021 Jan) One concern is that the written test is usually carried out in Japanese, but some centers provide the test in English. To know more about driver’s license examinations, required documents for application, etc., see this page that will give you the hints;

When it comes to central Tokyo, bicycle-sharing can be an option that will be the most convenient to get around. People can find the sharing services quite easily in the downtown area, where electrically power-assisted bicycles will be available to ride without a driver’s license. The service rate is usually set per time of use, for example, 70 JPY per 15 minutes, 150 JPY per 30 minutes. The service is also provided on a monthly or day-use basis for commuters and tourists’ convenience. The detailed information – how to use or where to find the bicycle station – is available on the website of those bike-sharing service companies, some of which offer additional information in English for non-Japanese speakers. 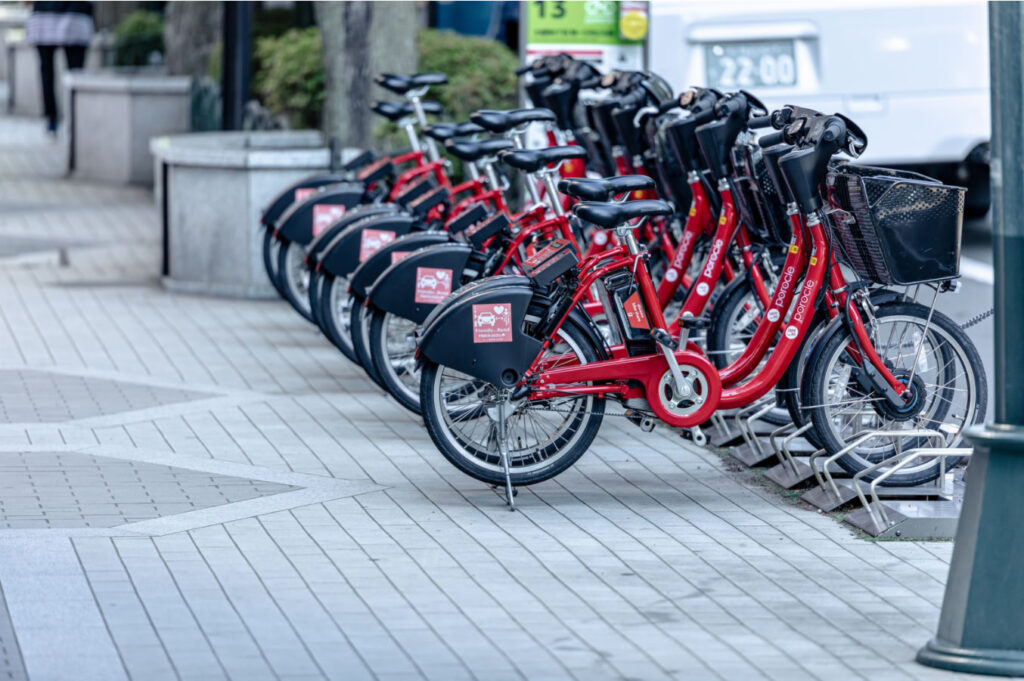 The advantage of using the sharing service in Tokyo is that you don’t have to worry about where to park your bicycle. In the central Tokyo area, bicycle riders tend to get in trouble finding a parking space. JR train stations near residential districts usually have paid bike-parking lots, but they will instantly be occupied depending on the time to use. For whatever reason, it will be illegal to park bicycles at not-permitted public places, unfortunately. If you park your bike at a non-parking area, your bike will be taken away by the road safety management office. In that case, you have to go get your bike back; besides, you need to pay a removal/preservation fee that is substantially a penalty.

Buy and Rental apartment in Tokyo

Wayfinding during an emergency: Living in Japan Information

To be prepared for disasters at the place you live or stay, check the evacuation plan and ensure the way to exit the building.

How to rent a property in japan | Lease Agreement

Information on the necessary documents, process, and time required to complete a rental property lease agreement.