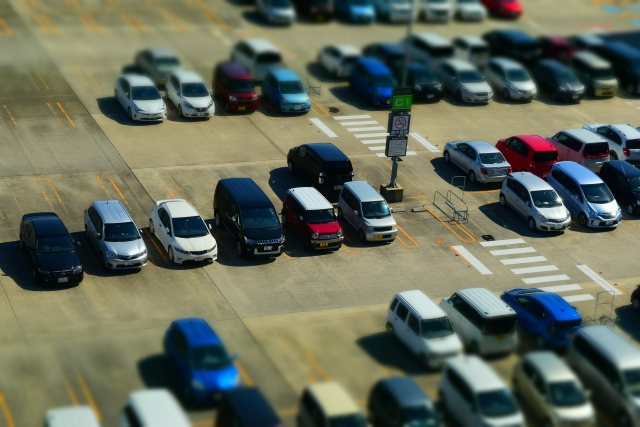 Japan is a small country with a large population and many members of that population drive automobiles. With so many people and cars, and so little space, parking could be a real problem. However, the Japanese came up with a solution to limited parking spaces using parking systems. These systems allow multiple cars to be parked in areas that would typically not hold that many vehicles. They use various methods including underground parking and rotating towers to make use of space. 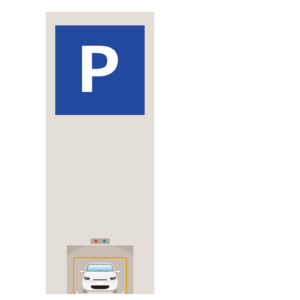 The idea for these parking systems began in 1960, four years before the Olympic Games were held in Tokyo. Busy roads, traffic jams, and limited parking spaces were already a problem within the country. The Japanese knew they needed a way to clear the streets and minimize parking to accommodate so many visitors. They began toying with the idea of multilevel parking, and it has expanded and evolved over the past few decades.

Below you will find some examples of the Japanese parking systems and how they work. 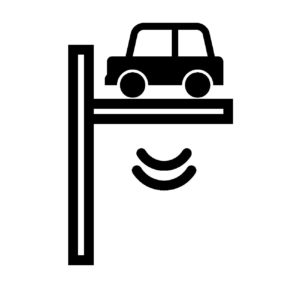 Car elevators raise cars to the level where they will be parked. The vehicle is usually stored and transported on a platform.

Vertical circulation systems have rotating and connecting platforms that are linked in a circular or oval shape. Cars are loaded from the bottom, middle, or top and then turned to where they are stored. 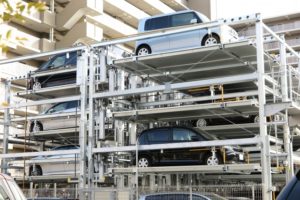 Horizontal Circulation systems are often used underground. This system was designed to reduce space by eliminating car passageways. The entry is on the ground floor, and 1-4 levels may be used. Conveyors are used to rotate the cars to and from parking spots.

Elevator systems are a combination of car elevator and three-dimensional parking. There are three types of parking used by elevator systems: vertical, horizontal and radial. A conveyor is used in all cases to move cars to the elevator. 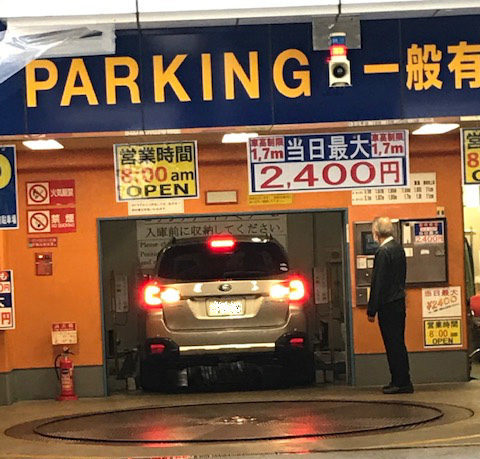 The plane surface slide system involves storing cars on a plane surface and moving them into parking spaces that generally would not be accessible to people. There are often multiple layers to this parking system. This is becoming a more popular method of parking as it is highly effective.

The Two-storied or Multi-storied System 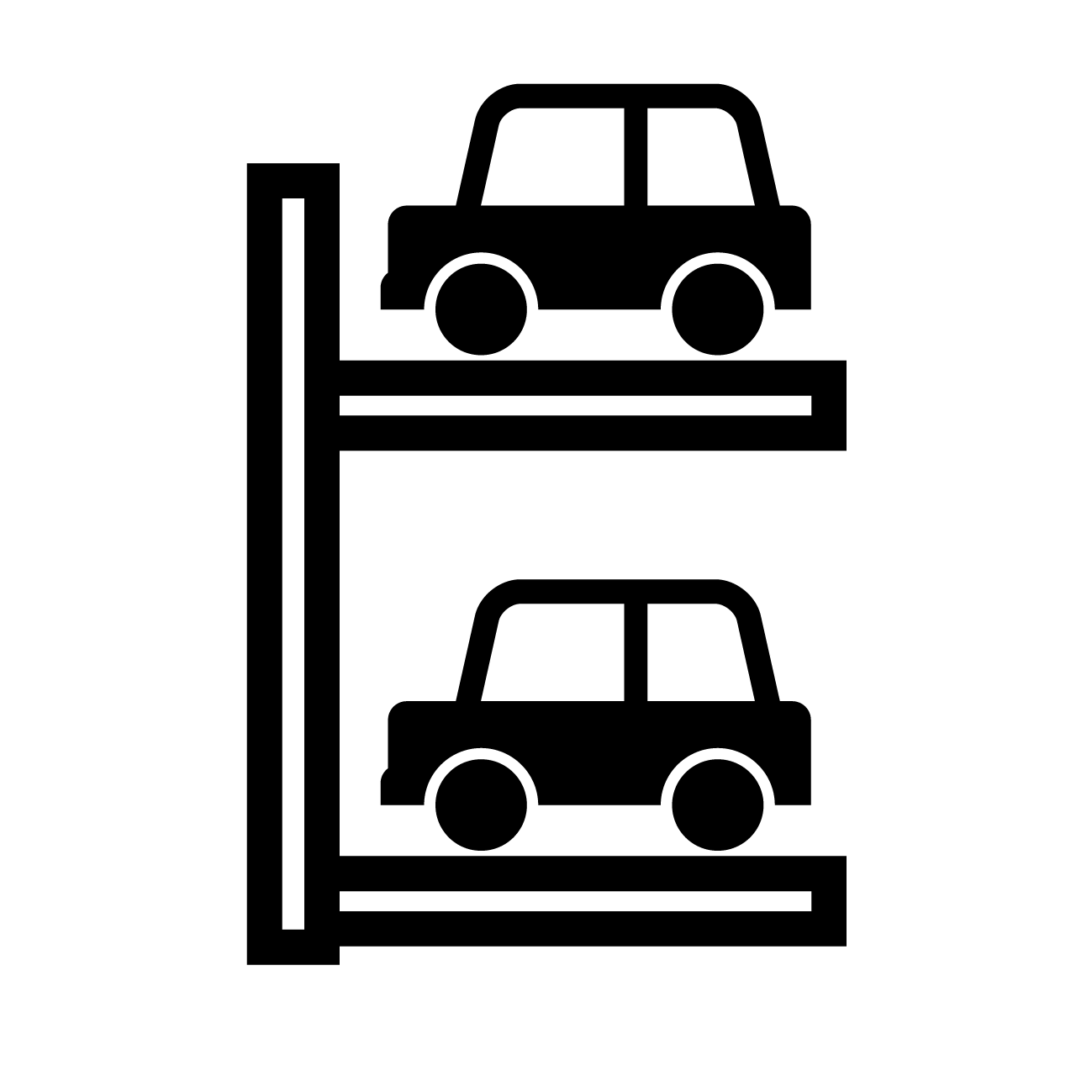 In the two-storied system, cars are parked either above or below other cars to optimize parking space. An elevator is used to hoist the vehicles, and a shift conveyor moves them to the lower tier of the system and either side so that cars may come and go. In these types of systems there is usually an additional underground pit used to store cars. These systems can have up to three of four stories.

These Japanese parking systems are useful because they offer vehicle owners a more practical use of their space. These parking systems also simplify the parking process, so that you don’t have to do multiple laps around a crowded parking lot to find a parking spot. These systems cut down on time spent looking for parking, as well as eliminate the fuel waste that occurs from driving around pointlessly waiting on a place to open up. 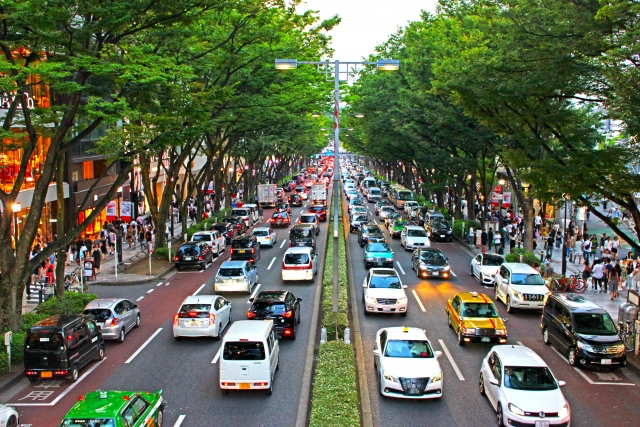 Another function used in these automated parking systems is laser barriers that scan the car and your license plate. These scanners then provide a number for your parking card, and you can leave the parking lot before your vehicle is conveyed to its spot. This is another time-saver. Once you have paid the parking fee, you can be on your way, rather than having to wait through the rest of the parking process. The number on the card will let you know where your car will be parked when you return.

Additionally, because these parking systems eliminate fuel waste and conserve space, they are considered eco-friendly. This is important not just in crowded areas like Japan, but everywhere. Parking systems are usually pretty inexpensive as well, considering the complexity of how they are designed. 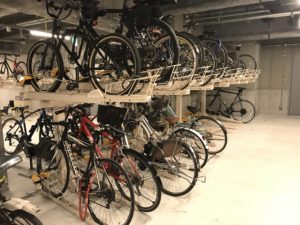 And more recently, the Japanese have expanded these parking systems to accompany bikes as well. Bicycles are becoming a more popular form of transportation in Japan because of the crowded streets and the high cost of living. However, parking bicycles can be just as space consuming as cars. And previously there was no new place to park bicycles other than the underground. However, Japan also has rotating automated parking systems for bikes that operate similar to the ones they use to park cars.

What is the red triangle on the window? | Japanese architectural design standards

A red triangle on the window indicates a fire brigade entrance, essential for some buildings under the Japanese building standards law.

If you're a fan of fast food, instant noodles, and incredible store-bought snacks, then there's no better country than Japan. You will see the day-to-day fact of the amazing life in Japan.

Driving in Japan: Driver’s License required for drivers from abroad

Foreign driver’s license/permit required to carry when driving in Japan.