A shrine, a Jinja in Japanese, is one of the popular tourist spots in Japan. Recently, more young people from abroad have visited shrines since some Anime series with a setting of shrine places. While increasing its popularity, some say that it seems unclear what exactly shrines are. – What is the worship of the shrine? What are prayer services at shrines? Are there any manners to follow in shrines? – Here, you will find some of the answers that will get you more interested in shrines.

What is a shrine?

A shrine (Jinja 神社) is a shrine of the Shinto religion, being a place of worship. (Ref. Kojien dictionary) The Shinto is an indigenous religion in Japan based on nature worship and comes with a belief in ancestor deities and nature deities. Shinto has no founder, no dogma, and scripture either. The fundamental concepts of Shintoism are reverence for nature and purity. 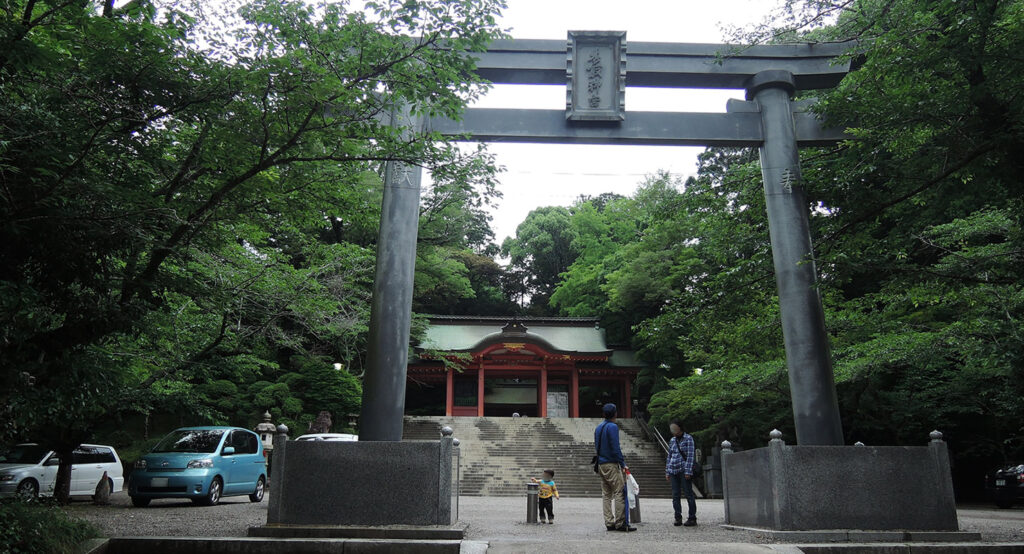 What is the god enshrined in shrines?

Shinto shrines enshrine nature deities linked to the legends in Japanese mythology, derived from the worship of nature. In Shintoism, there is a belief that everything in the world has divinity, and a variety of deities are worshiped initially in shrines, such as gods of the mountains, rivers, good harvest, and other natural phenomena. Today, the number of worshipped deities has increased as people seek blessings of more divinities in various “fields.” Some shrines worship the god of prosperity, traffic safety, safe childbirth, entrance examination, and even cooking and baseball.

People visit shrines with a wish.

Visits to shrines are originally meant to express gratitude to the gods for being safe in daily life. However, the custom has gradually transformed as time has passed. Today, people mostly visit shrines to pray for the gods to make their wishes come true. For example, visit Kanda Myojin Shrine in Tokyo in January around the beginning of the new year. You will see groups of businesspeople in formal suits there, who worship and pray for a wish of a successful business. Tokyo Daijingu Shrine, also in Tokyo, is famous for the god of the fulfillment of love. You will see a line of young people in front of the shrine, waiting to pray for their wish to find the one true love. It seems shrines today can be a place for anyone seeking happiness. 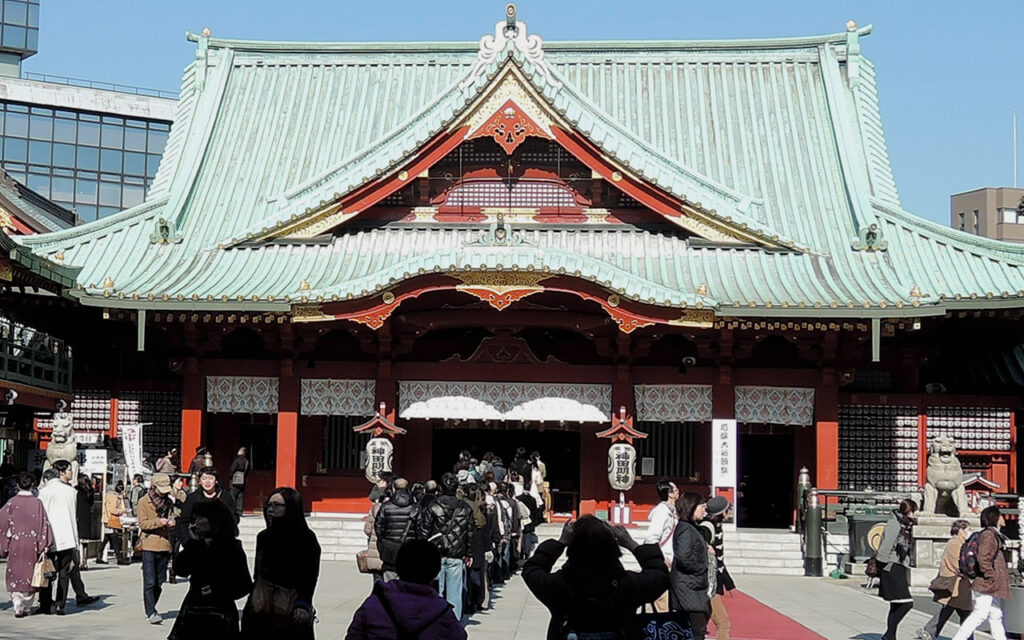 How to worship at a shrine

0. When you come to the shrine, cleanse your hands first at the hand-watering basin and then go to the main shrine.
1. Make an offering of money. Politely put the money in the money box. Avoid throwing it into the box.
2. Shake the rope to ring the bell.
3. Bow twice
4. Clap your hands twice
5. Put your hands together and pray in your heart
6. Bow once

Additionally, there are several other manners, such as visitors are;
– Not to walk in the middle of the shrine approach.
– Take off one’s hat when praying.
– Follow the way of hand cleansing (Left hand first, then right hand to cleanse.)
If you are interested in shrines, it will be nice to learn more about the manner. For visitors who are not sure to remember such etiquettes at the shrine, refer to others and see how they are praying.

In addition to ordinary praying at shrines, there are other special praying “Kitou” and “Oharai.”

Kito 祈祷, or a prayer, is conducted somewhere at milestones in one’s life, such as weddings and child growth celebrations at the age of 3, 5, and 7 (Shichi-Go-San 七五三). Kito is a prayer in ceremony style served in the shrine pavilion. Visit a large shrine like Meiji Jingu Shrine in Tokyo. You may be lucky enough to see a bride and groom dressed in kimonos who came for their wedding ceremony.

Oharai お祓い is a purification done to remove bad things or expel evils from the body and mind. Oharai is also a service to ward off bad luck, often conducted at the turning point of a person’s age, considered a year of bad luck called Yakudoshi. 厄年.

Oharai purification is conducted not only for people but also for vehicles. Car owners, especially those who bought a new car, commonly ask for the purifying service with a wish of never being involved in traffic accidents. The Oharai is not essential, but quite a few owners take it as customary out of a desire for traffic safety. Oharai for vehicles is usually served at large shrines (and temples) with parking spaces. The shrines Kanda Myojin, Meiji Jingu, and Hie Jinja are known for Oharai for vehicles in Tokyo. 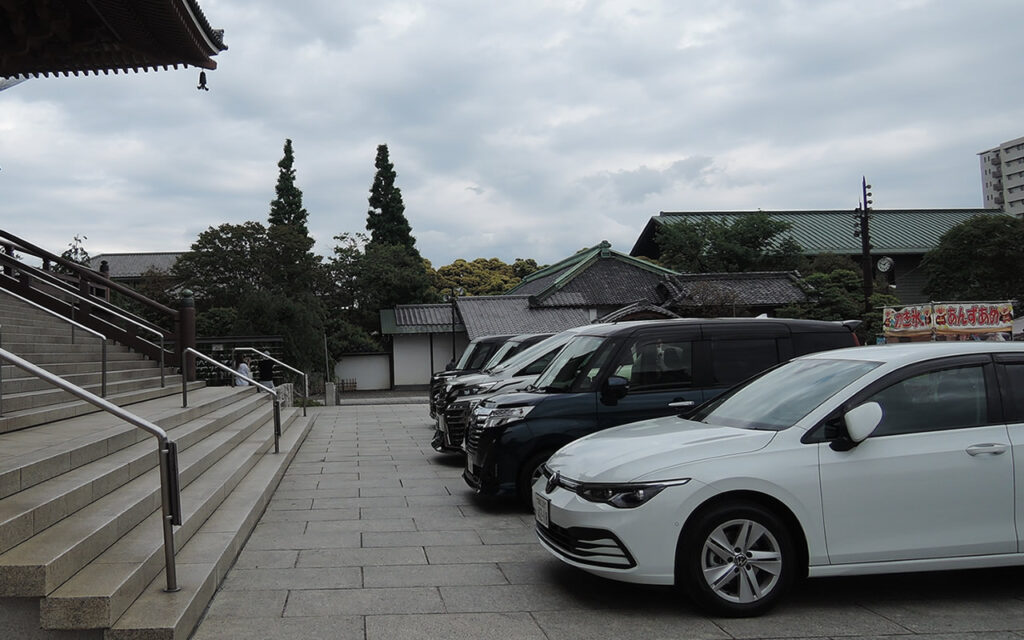 To have Oharai purification for your car, you drive into the shrine from the specific entrance and park in the area to get a prayer served. The shrines usually have staff at the entrance who will direct you to the parking place. At the office in the shrine, you can ask for the Oharai with a payment that will be between 5,000 yen and 20,000 yen, depending on the type of amulet or talismans you will receive.

Extra info: The difference between shrines and temples

One question. How do you tell shrines (Jinja 神社) from temples (Tera 寺)? The simple answer is that shrines are for Shintoism, and temples are for Buddhism. However, it is not easy to distinguish in the appearance as both facilities have so many in common. Those like travelers from abroad may need some hints to find the difference. So here are some points to figure them out.

Shrines have;
– a symbolic gate called “Torii 鳥居” at the entrance of the approach to a sacred area of the shrine.
– a large round bell with a rope hung in the main shrine building.
– a pair of lion-like stone statues “Komainu dogs 狛犬.”

Putting hands together while praying is a similar way of worshipping at both a shrine and temple, but there are some differences due to each religious notion. Worshippers at a shrine clap hands twice when praying, letting the god know they have no weapon in their hands. In praying at a Tera (temple), worshippers put hands together without clapping and pray silently to become one with Buddha, where the right-hand means Buddha, and the left-hand means the worshipper.

Buddhism, introduced from China through Korea in the 6th century, has coexisted with the Japan-originated religion Shintoism. Both religions in Japan have fused without conflict, which has led to the similarity of temples and shrines seen today. It seems this historical background also brought Japanese people tolerant nature about religions. Whichever to visit, temples or shrines, people pray for a wish to come true, such as a desire for peace – no pestilence, no natural disasters, and no more wars, with hands putting tother tightly.

Foreign nationals with medium- to long-term residence status qualifications can apply for “family residence” qualifications when they want to bring a dependent spouse of child to Japan.

Rooms in traditional Japanese style are called Washitsu, comprise of Tatami mats spread on the floor and wood fittings that include Shoji and Fusuma.